BEFORE JUMPING INTO the family business, I followed my passions in maths and actuary. I studied in Trinity College and then I went over to London to work in Deutsche Bank.

I started off doing maths because I had a flair for it and enjoyed it, and I decided to study it rather than just doing a business degree. I think that decision has served me well.

I ended up in the actuarial line of work after I did a masters in the London School of Economics, because I thought it would be a natural progression from college.

Even though I enjoyed working with the numbers, I liked the idea of working in something entrepreneurial. So in 2000, I came back to Ireland and did a couple of years in actuary in Dublin until an opportunity arose to get involved in the family business.

It’s a bit of an unlikely route into it, but having the experience with the financial side of things is no harm when you’re running three pubs, a nightclub, a restaurant and snooker rooms.

Back when I came on board in the early 2000s, the family business was flying. Between the pub scene, the restaurants and the nightclub, it was all doing very well. The fact it was booming made it tempting to get involved.

That has completely changed and nowadays it’s a much more challenging environment. Back then with the nightclub, all you had to do was open the doors and it would be chock-a-block on Thursday, Friday, Saturday or Sunday. 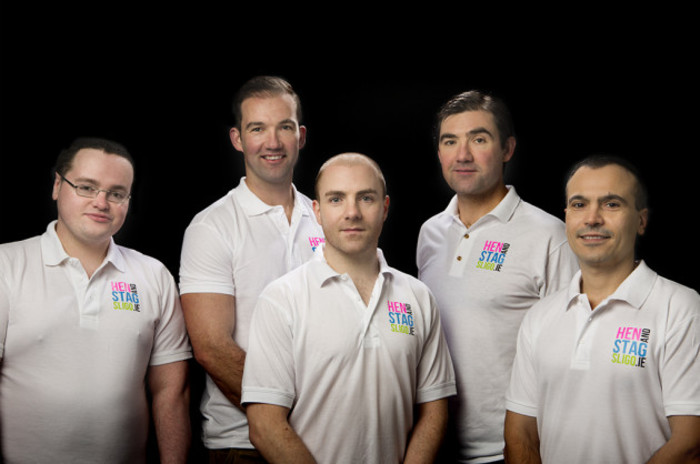 At the moment, it is difficult to push one good night out of it a week, never mind four. The trade has changed significantly and that’s because the drinks trade isn’t what it was. It sounds a bit like a cliché, but I think technology has a decent amount to do with the way the drinks business has gone.

The likes of mobile phones, Facebook and Tinder has made people more connected – when they’re sitting at home on a Thursday night, they can keep up socially with their friends without having to go down the pub.

That’s a challenge every pub in Ireland is facing, but I think Dublin is a bit different in general because it still has the numbers of people to sustain a night scene. There’s still an after-work Thursday and Friday scene in Dublin, while it just doesn’t exist in Sligo anymore.

When I moved back, you couldn’t move in some of the pubs at 5pm or 6pm on a Thursday. Now there is no venue that pulls numbers on those days.

This has forced a lot of pubs out of business and, even still, the scene is quite stretched in Sligo. It’s funny, because years ago we might have been a bit hesitant to go for the hen and stag market. We were so busy that we didn’t necessarily need the business.

Now a lot of the pubs and restaurants are happy to get them in because it can be tough to get locals out before 11pm at night, while the hen and stag group could be having a couple of drinks from 6pm onwards.

The first time I noticed the new trend was in the early 2000s when I was up in my parents’ house. My sister, who was around 25 at the time, came in with her friends and a couple of bottles of wine because they were going to have a couple of drinks before they went out.

I remember saying to myself at the time that it was mad, because the idea of drinking before you go to the pub hadn’t caught on.

I also wished that this would only be a temporary fad. But little did I know, it’s the new normal. It has meant we needed to add a new business-generating wing – a hen and stag party booking service.

We also needed our own service because we found it difficult to work with existing operators in the hen and stag business that, by default, led tours of groups to towns that they had established links with, like Carrick-on-Shannon, Westport and Kilkenny. 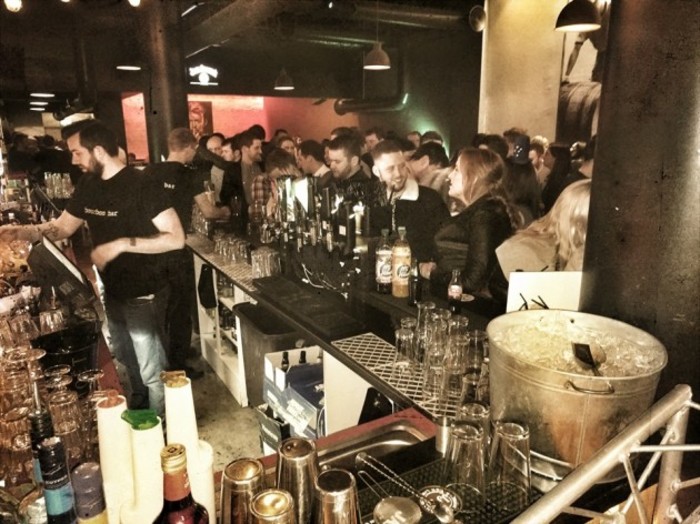 It was difficult for Sligo to muscle in on that, so we needed a way to get people to start paying attention to us. We started back in May 2014, got our supplier database established and then got bookings coming in for the 2015 season.

Back then, we stored all the bookings in a basic spreadsheet, but when business started heating up and bookings started coming in, it just didn’t work. It was tough to keep a track of everything.

That’s why we had to look at developing our own system to manage all these bookings. We went on the hunt for some solution that would suit our needs but couldn’t find anything. None ticked all our boxes.

Then we tried to get something bespoke made by someone locally, but it just didn’t work out either.

In the end, we put up the job listing and spec online and found a guy who is from Pakistan to get the job done. Since then, he has done a good bit of work for us designing websites and other databases.

The business took off quite quickly once we launched the website. One Saturday, I remember I was out for a coffee, and I couldn’t believe how much business started to come through – within an hour around 10 enquires came in via text message.

We brought six-figures worth of business to one particular hotel in Sligo last year, which is significant. We deal with every hotel in Sligo, from three-star and four-star places to some large bed and breakfasts.

It’s quite a big moneymaker for the area. If you’re bringing in, let’s say, 200 people each weekend on a package that might cost €150, that’s an immediate spend of €30,000 for Sligo. Normally, they would also end up spending at least another €150 in the town.

This sort of injection of life is what rural towns desperately need. Only last week we had people who run a nightclub down in Roscommon with us and they are seeing the same thing we are.

The late-night scene is very strange at the moment and, in fact, there are some towns that have pretty much closed down.

Sligo would have lost a lot of people over the challenging economic period to emigration. Even local football clubs can’t field teams because so many people have left for Australia and Canada.

They all happen to be in the key age bracket for our business. It’s people between 20 and 35 years of age. When you pull out a 1,000 of them from a town like Sligo, businesses like us notice it very quickly.

That’s why we can’t afford to stand still as a business, because if you are, you’re actually going backwards.

Fergal Quinn is the ‎co-founder of Hen and Stag Sligo. This article was written in conversation with Killian Woods as part of a series on unlikely entrepreneurs.