BEFORE I STARTED my career in entrepreneurship, I worked in education at a couple of private colleges around Dublin. I was the registrar and general manager of a college and also did a bit of lecturing in business and IT.

I got a little taste of running my own business when I tried my hand at starting an education-through-apps business with my former boss. After building a great product, we didn’t get the funding we needed and ended up pulling the plug on it.

The Dublin Cookie Company story started out on a rainy night at Old Belvedere rugby club where myself and Jenny, who is now my wife and a co-founder of the company, met playing rugby.

Both of us were in jobs we didn’t love and we really wanted to try something ourselves, but also we had a desire to work together.

Food seemed like an obvious choice to get into, especially for Jenny. She really wanted to work in the area and I had a little bit of background in the raw-materials side of business from growing up on a beef and dairy farm.

After we thought about it, cookies were also the obvious area for us because Jenny had these great recipes that people loved – so much so that she would give out her own special cookie dough as presents to people around Christmas time. 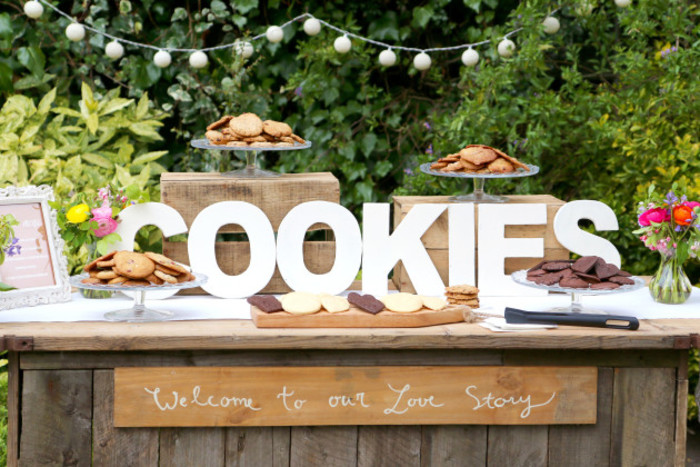 We got to a point where we had talked through what we were going to do, talked about names for the company, what products we were going to try – and we just decided, let’s test this out. The easiest entry was through the farmers market.

So we got our apartment kitchen registered with the HSE, applied for a couple of markets and tried it out, just to see what people would think of the products and if we were mad. We had in the back of our head that if it didn’t work out, sure we had only spent a couple of hundred euro and failed fast.

The feedback at the markets was great, so we grew the business that way for a while before getting our own brick-and-mortar store earlier this year.

We needed to make the jump to a store because being successful at farmers markets does depend on what you’re selling. There are certain things that sell really well at those type of events that vendors run out of on a weekly basis.

If you go to a farmers market, the bread guy, the coffee guy and the burger guy always run out, but most of the other items you look at, they don’t.

For us some markets were amazing and some were terrible, depending on the weather and many other factors. It was just based on too many variables that we couldn’t control.

I remember we went to an event in Louth and it was a weekend festival, and it just rained for the entire weekend.

Since it was so dreary, most of the festival-goers ended up going home early because they couldn’t take the rain and the cold anymore. So we were left sitting in the middle of a field with a couple of thousand cookies thinking ‘what the hell have we just done’.

Having a bad event like that can derail some small food businesses – I’ve seen it happen. Some great craft producers put all their eggs in the farmers market and event basket, and if sales don’t go well, it can hit a business hard.

If you have a washout of a weekend at an event, hired a couple of staff to work the stall, bought in all the produce and rented a refrigerator van, you could be down thousands of euro.

At the big festivals, for example, food providers are stumping up a lot of money to just get going in those – hoping the crowds show up and weather stays nice.

That’s just the joys of running a small food startup, it’s full of those risks. At another event you could be sold out and not able to keep up with demand. It’s really hard to know what the right formula is. 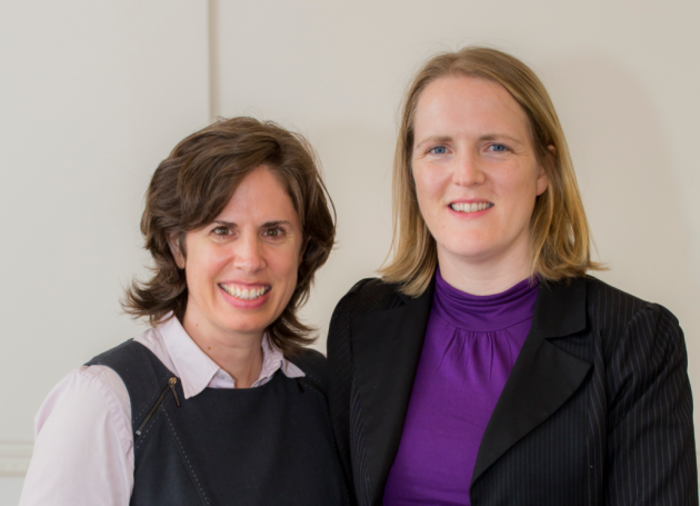 We’ve had a good few days at farmers markets and events, but we have a bigger view of where we want to take the business and that’s meant pivoting.

We were initially looking at how we could supplies places with cookies and sell our products in other cafés, however, it became clear that wouldn’t pan out.

When you talk to most organisations or cafés, they want a week-long shelf life for your products, and we would have to change our products hugely to fulfill orders. We weren’t prepared to do that. Also we looked at the margins, which were very small.

So we moved the business more towards setting up our own café and opened our doors earlier this year. Now we can bake on site every day, all our products are fresh, we can always stand over it and know it will never be served a week old.

We were actually hunting around for the perfect location for what felt like quite a while. In the grand scheme of things, it was only three or four months of keeping an eye on places that were coming up and spending long hours walking around the city looking for places that were empty.

We happened upon the location of our shop last December when we walked around The Liberties. We passed by the building and the window was covered in Christmas wrapping paper and straightaway Jenny said, “That’s it”.

It was a bit of luck that we got it to be honest. We had to hunt down the owner of the property through someone at Dublin City Council, and it turned out he had plans to put it on the market in a few months. If that had happened, it would have been snapped up very quickly. 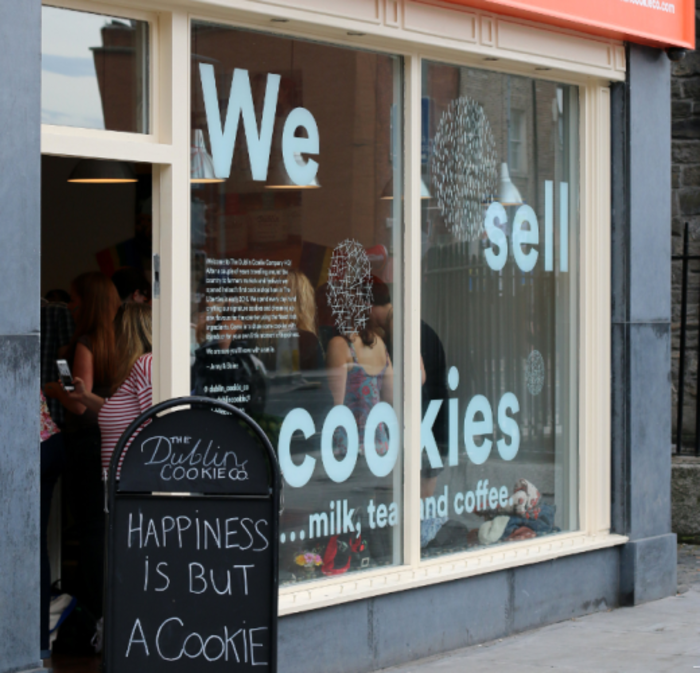 I would always say to people thinking about starting their own business to ask everyone they can for advice. You would be surprised – I know we were – by how helpful other people can be and how generous people are with their time.

When we were starting the business at the farmers markets, one of us would spend our time walking around and talking to the other stall owners and picking their brains about if this or that is a good market, who they use for insurance and other things like that.

However, although you should always be willing to take advice, you do need to trust your gut. You know your business and your product better than anyone, so don’t let anyone tell you that they know it better.

So, between some washouts at events and farmers markets, there were loads of times I was worried the business wasn’t going to work out. We’ve made some mistakes along the way that have all been part of the learning process.

But now, we have our HQ in the Liberties and are ready to start expanding soon. Last week we opened our first pop-up store on O’Connell Street inside a chocolate café called Coco Bo.

We are also launching a range of ready-to-bake cookie doughs into supermarkets early next year, which we are really excited about. And we’re actively seeking a second location to open another Dublin Cookie Company café in the city centre – so it’s really a time to watch this space.

Elaine Cohalan is the ‎co-founder of The Dublin Cookie Company. This article was written in conversation with Killian Woods as part of a series on business mistakes and what can be learned from them.