ANYONE MAKING THEIR way about any town or city in Ireland has become very accustomed to CCTV security cameras, but what about their use in the workplace?

It’s important for employers to review their CCTV policies to ensure compliance with guidelines set out by the Data Protection Commission.

While the Data Protection Commissioner has signalled its intention to review the guidelines following the introduction of GDPR legislation, those issued in 2016 are a good benchmark for the appropriate use of security cameras in the workplace.

I believe that the guidelines are robust, providing adequate protection for employers and employees – provided they are followed.

They include the need for a CCTV policy that all staff are made aware of, the appointment of a data controller and the employer must perform assessments that show that any use of cameras is justified.

The location of cameras should be a key consideration for all employers too. The use of CCTV to monitor areas where employees would have a reasonable expectation of privacy would be difficult to justify-  for example, in restrooms.

To justify use in such an area, a data controller would have to demonstrate that a pattern of security breaches had occurred in the area prior to the installation of the system such as would warrant constant electronic surveillance.

Where such use can be justified, the CCTV cameras should never be capable of capturing images from cubicles or urinal areas. 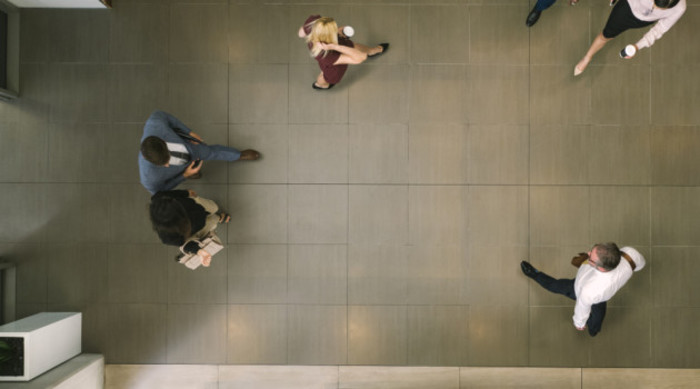 Employers who install CCTV have a responsibility to their staff in terms of outlining how and why surveillance is being captured. A robust policy will help protect the employer and employee as it will include who the data controller is, why the data is being captured, how it will be used and any third-party it maybe shared with. The policy will also outline how long the footage will be stored.

As well as having a policy in place, there are some other considerations for employers. The location of the cameras is important as employees are entitled to a reasonable expectation of privacy. Also, it must be clearly stated that CCTV cameras are in place.

There are a number of Workplace Relations Commission cases where CCTV was used as evidence to dismiss an employee.

One such case that was appealed to the Labour Court involved an employee who was captured taking goods from shelves and not paying. However, during the disciplinary process, which resulted in the employee being let go, the footage was not shared with her. The Labour Court awarded the employee €10,000.

Another recent case saw an employee awarded €5,000 for her claim of ‘constructive dismissal’ after she discovered a hidden camera within her workspace.

Although her employers insisted that the purpose of this hidden camera was to see couriers and patients coming in and out of the office for the employee’s safety, this was found to be illogical as it was positioned directly at her desk.

Employers are entitled to collect CCTV footage for the right reasons, as long as it is justifiable, but using it to monitor employees on a constant basis is intrusive and unlawful.

A final note of caution is how long the footage is stored. It cannot be simply kept as a ‘just in case’. It is up to the data controller to quantify and justify this storage period, although our advice is that it would be difficult to argue holding onto the footage for any longer than a month.