HOMES NEAR DART stations and Luas stops are commanding a premium of more than €100,000 compared to the average house Dublin-wide.

According to new research from Daft.ie, the average asking price for the home on the transport networks rose 4% in the first quarter of 2018 to €492,000.

The research analysed the average asking prices for two-bedroom and three-bedroom properties close to each of the 125 stops and stations on the Dart and Luas networks in the greater Dublin area. 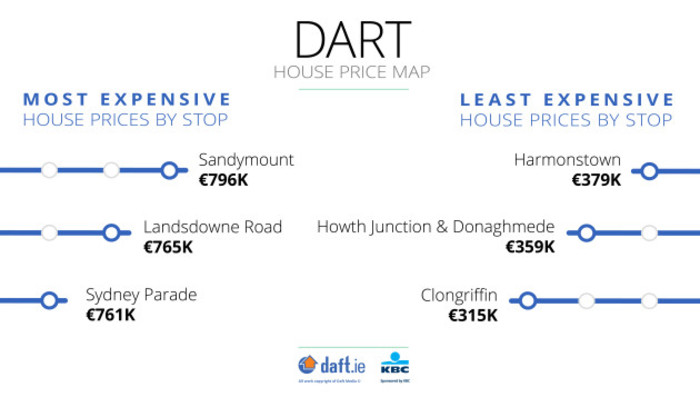 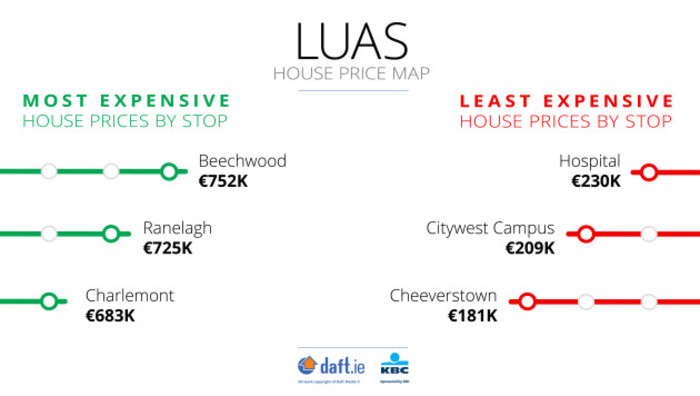 Commuters on the Dublin south coastline would expect to pay, on average, the most for a property close to a Dart station, with prices averaging €625,000.

Prices near Dart stations are among the most expensive analysed, with Lansdowne Road (€765,000), Sydney Parade (€761,000) and Blackrock (€734,000) accounting for four of the top five most expensive stations to live by. 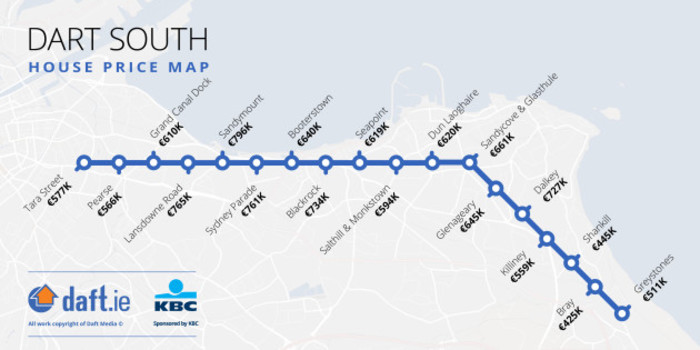 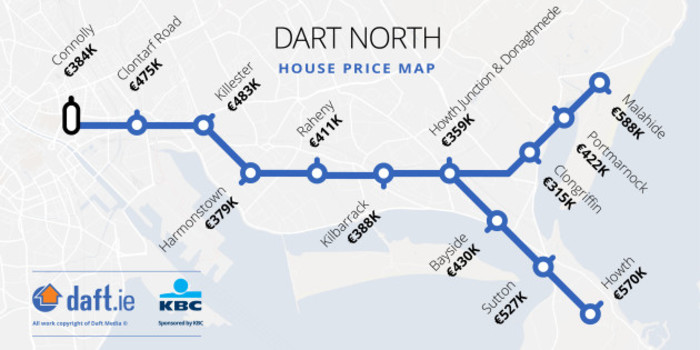 On the Luas, homes close to the Beechwood stop on the Green Line have the highest average asking price (€752,000), while those living close to the Spencer Dock stop (€633,000) pay the most on the Red Line. 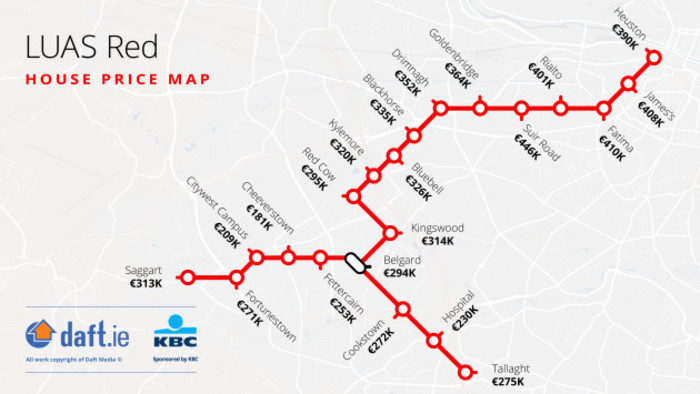 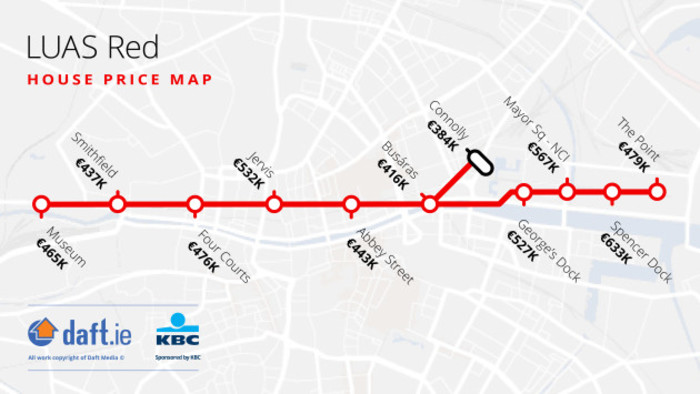 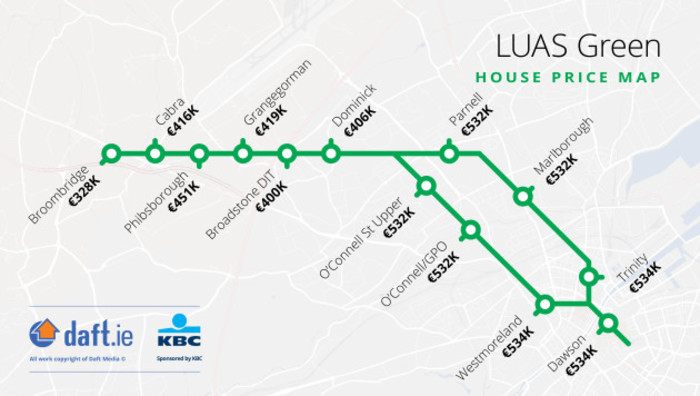 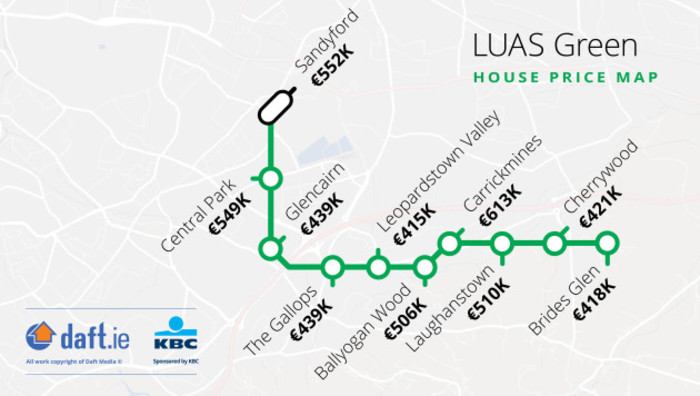 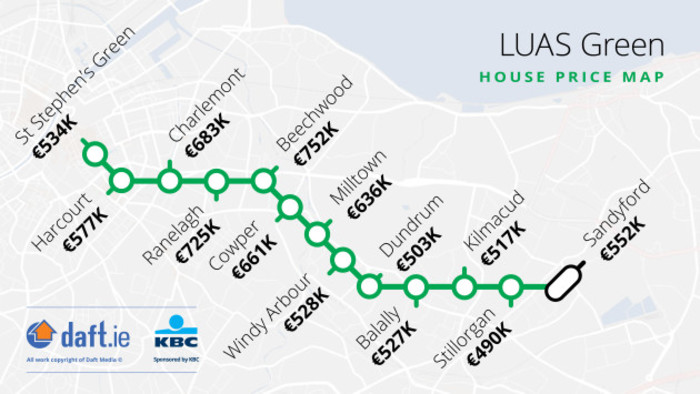 Commenting on the figures, Ronan Lyons, economist at Trinity College Dublin, said: “The price of housing reflects not only the dwelling itself but also a wide range of nearby amenities.

“An obvious example is access to good transport facilities and, as this report shows, those looking for a new home reward properties with good transport links.

“In Ireland, the property tax is based on the market value of a home – and this is a good way to encourage investment in more transport infrastructure.

“As these homes are more valuable, this leads to a form of ‘value capture’, with government able to set aside some of their Local Property Tax income to pay back money borrowed to build new rail track.”

The government earlier this year unveiled plans for the MetroLink – a renamed Metro North that will cover a route from Swords to Sandyford and incorporating a stop at Dublin Airport.

It is scheduled to be open to the public from 2027 and cost an estimated €3 billion.