FACEBOOK HAS CONFIRMED that trouble-tainted Oculus co-founder Palmer Luckey has left the leading social network, which dived into virtual reality after buying the startup three years ago.

“Palmer will be dearly missed,” Facebook said in an email.

“His inventive spirit helped kick-start the modern VR revolution and build an industry. We’re thankful for everything he did for Oculus and VR, and we wish him all the best.”

Luckey’s departure came not long after Facebook was hit with a big tab in a lawsuit over Oculus Rift virtual reality technology – and after he was criticised for covertly helping an online “troll” group that promoted memes in favor of Donald Trump during the US election.

Open support for Trump in Silicon Valley was scarce during the election and some developers vowed not to create software for Rift virtual-reality gear because of Luckey’s pro-Trump efforts.

Luckey, 24, was noticeably absent from the stage at a major Oculus developers conference late last year. 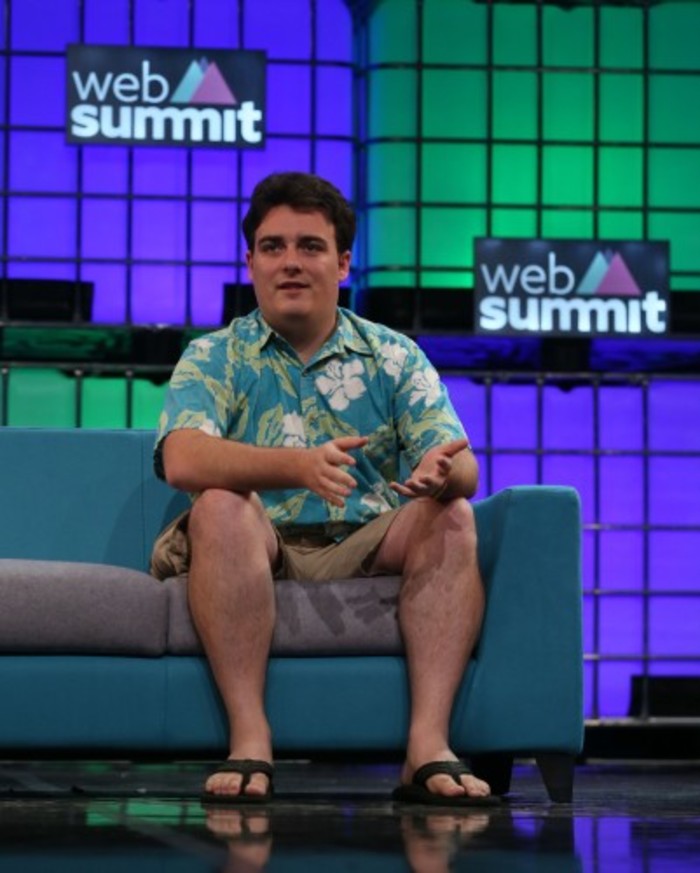 A US jury ordered in February that Facebook and creators of Oculus Rift pay $500 million to gaming software firm ZeniMax in a lawsuit that accused Luckey and his colleagues who developed Rift virtual-reality gear of using source code illegally obtained from the gaming firm.

The jury dismissed the charge that Oculus stole or misappropriated trade secrets but did find Oculus liable for copyright infringement and other violations.

Luckey was ordered to pay $50 million of the award and another former Oculus executive, Brendan Iribe, $150 million.

ZeniMax had sought $4 billion in damages in the case, in which Facebook chief Mark Zuckerberg testified to defend his company.

Oculus said it planned to appeal the verdict and was “undeterred” in its efforts to bring virtual reality technology to consumers.

“Our commitment to the long-term success of VR remains the same, and the entire team will continue the work they’ve done since day one – developing VR technology that will transform the way people interact and communicate,” the Oculus statement said.

Facebook acquired Oculus in 2014 for more than $2 billion and last year began selling the Rift headsets as part of the social network’s push into virtual reality. Oculus bought Cork startup InfiniLED in October and has since been recruiting staff for an office in the southern Irish city.

Facebook announced in January that it had recruited Hugo Barra – who recently quit a top position with Chinese smartphone maker Xiaomi – as its new head of virtual reality.

“Hugo shares my belief that virtual and augmented reality will be the next major computing platform,” Zuckerberg announced on his personal Facebook page.

Barra caused a sensation in 2013 by leaving Google to become a vice president at Xiaomi.