HOUSEBUILDERS ARE A lot like buses – you wait ages for one to come along, and then two come at once.

Ireland’s Stock Exchange is set to get a new building firm, Glenveagh Properties, the second of its kind to join the index in the last few months after Cairn Homes’ recent listing in Dublin.

The Irish Times reported today that the people heading it up will benefit from a multimillion-euro share incentive scheme to ensure that everything goes smoothly in establishing the new firm.

Housebuilders returning to the ISEQ is a significant development – as well as showing signs of a growing economy, it also shows that people think there’s plenty of money in Irish property.

But what exactly do we know about this new company? Here’s a quick rundown.

Backed by a vulture fund

Glenveagh Properties is being backed by Oaktree, a massive US private equity fund which has assets of more than $100 billion (€84 billion) under management.

Oaktree, along with other similar types of investors interested in Ireland, has been periodically described as a ‘vulture fund’.

It has been at the centre of controversy in several parts of the country for evicting tenants after taking over loans from Nama-indebted developers.

The firm is expected to be a minority shareholder when the housebuilding company lists on the public markets. It’s not known exactly how much of the business it’s likely to hold onto. 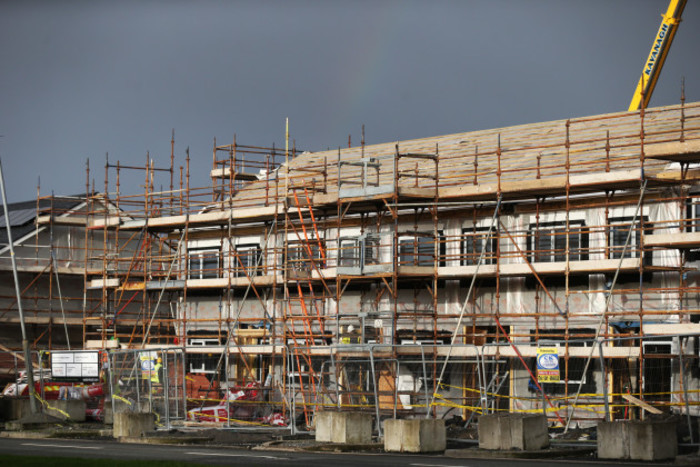 Oaktree is working with Maynooth-based builder Bridgedale to set up Glenveagh. Bridgedale, which is led by Stephen Garvey, has focused on building houses in Dublin’s commuter areas.

Since its establishment in 2003, it has developed more than 200 housing units, and is profitable according to its most recent accounts.

John Mulcahy, previously the head of asset management at state ‘bad bank’ Nama, is also joining Glenveagh and is expected to serve as the company’s chairman.

Being backed by Oaktree means that Glenveagh was always going to have money behind it.

The firm is reportedly planning to raise €350 million from investors during an IPO in a move that will give it a significant war chest. The new company is also expected to hold as much as €100 million in assets initially.

Many of these assets will likely be plots of land Oaktree has snapped up around the country, although it is expected that some Bridgedale assets will also be included.

It’s already up and running

While Oaktree has declined to say anything, plans for the new firm seem pretty advanced.

Glenveagh Properties Ltd was formally incorporated earlier this month. Stephen Garvey and John Mulcahy are both listed as directors, alongside Justin Bickle, a managing director in Oaktree’s European operation in London.

With things starting to fall into place, a listing on the Irish exchange in the near future looks likely. No doubt others both inside and outside the Irish property market will closely follow how it gets on.