ONLY 11,000 HOMES are expected to be completed across Ireland this year – less than half the number required to keep up with demand.

And the quantity of new properties that are ready to live in is still falling, despite the country’s ever-growing housing crisis.

New figures from Property Industry Ireland, an offshoot of Ibec, predicted that there would be 11,000 units finished this year – a 15% reduction on last year’s total – based on current trends.

Think-tank the ESRI has said Ireland needs around 25,000 built each year over the medium term to keep pace with demand, however the current rate of completions remains roughly the same as during 2014. 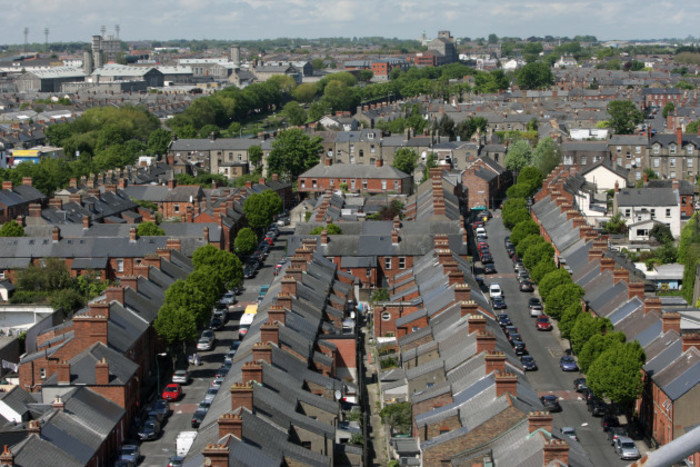 The current programme for government includes a pledge to meet the target of 25,000 new homes “every year by 2020″ with higher totals afterwards to “address unmet needs”.

However the number of completions in the first quarter of the year fell 16% compared to the last three months of 2015, although it was up on the same period a year earlier.

The vast bulk of the houses finished were in Dublin, while there was also a spike in the number of commencements in the commuter counties of the mid-east region. 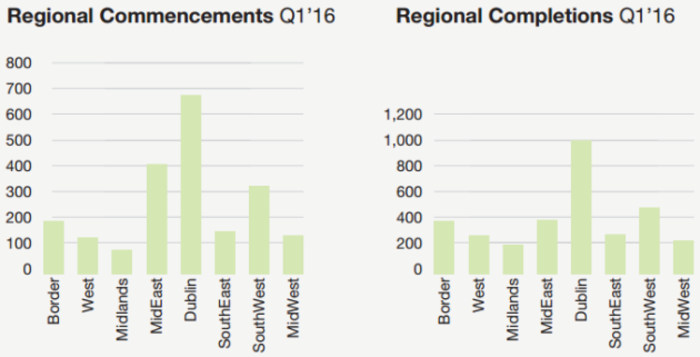 In a more positive sign for the short- to medium-term supply of homes, the number of properties for which building had commenced was up 57% for the quarter compared to a year earlier – although planning approvals were down slightly.

Property Industry Ireland director Peter Stafford said it appeared that 2016 would be another year “when demand for new houses will far outstrip supply”.

“While it is good news that the proportion of one-off houses is falling, more needs to be done to bring new developments through financing and planning, and on to construction,” he said.

Developers have complained the cost of building a home in Dublin is too high, with the figure for finishing a three-bedroom home put at €330,000, including the profit they need to continue onto the next project.

Meanwhile, the latest Residential Tenancies Board figures show rents nationwide are up nearly 9% over the past year. In Dublin, they have already topped the peak figure of late 2007 after average increases of 35% between early 2011 and the start of this year.

The nationwide cost of buying a home has gone up more than 24% in the two years to April 2016, according to the CSO.