THE IRISH FOOD board is worried mushrooms will be missing from shopping lists of the future – and it’s launching a multimillion-euro PR campaign to promote the edible fungus.

Bord Bia has tendered the contract for a media agency to help make fresh mushrooms more attractive to young consumers in the UK and Ireland.

In the tender document, the state-backed agency said that the mushroom sector is concerned about weakened sales volumes in the under-35s bracket.

In both the UK and Ireland, younger shoppers by a disproportionately low amount of the fungus. Here, under-35s represent nearly 20% of those buying mushrooms, but just 14% of total sales volume.

“If this situation is not addressed, there will be a serious long-term impact on the mushroom market as younger consumers will not develop the same habits as older consumers,” Bord Bia said.

The food board warned that a poor volume of sales in the under-35s category could be detrimental for the mushroom growers of tomorrow.

“The impact is likely to extend to the children of this generation; if not introduced to mushrooms in the family home, they are likely to grow up without a mushroom consumption habit.”

“Recipes ideas are in high demand by the target audience and from a communications perspective are highly engaging from both an emotional and rational perspective,” it said.

The body is hoping to jump on the healthy-eating bandwagon by “surprising consumers about the health benefits of mushrooms and reinforcing their versatility and quality credentials”.

“Consumers in both the UK and Ireland are both trying to eat more healthily, and the interest is highest in younger consumers. It thus makes sense to lead with a health message,” it said. 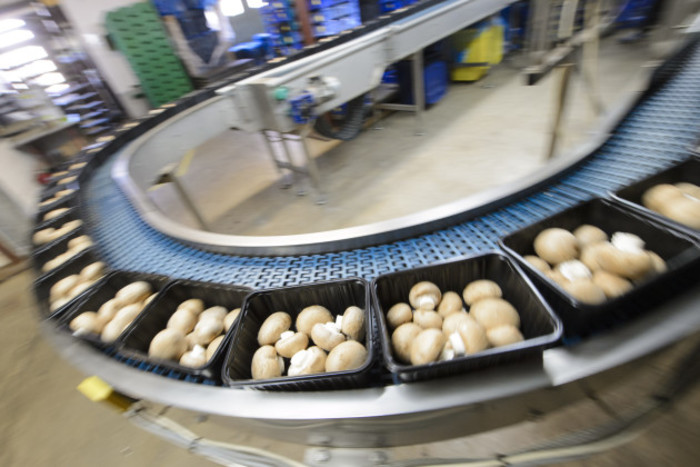 Just over €2 million will be pumped into the project. The majority of the funding – €1.4 million – will come from the European Union. Bord Bia said the PR project will only go head if the application for EU funding is successful.

It’s anticipated the rest of the money will be sourced from the mushroom industry itself.

Bord Bia said it expects industry funding to come from individual producers who market only in Ireland as well as members of the Mushroom Bureau, a body “with the remit to generically promote all fresh, cultivated mushrooms sold in the UK”.

Most of the budget – roughly 90% – will be used to plug mushrooms in Britain.

Earlier this year, Bord Bia published its ‘export performance and prospects’ report, which showed that mushrooms accounted for more than €90 million – or 40% – of overall edible horticulture exports from Ireland last year.

The food board’s ‘Brexit barometer’ said the mushroom sector is heavily reliant on exports, particularly into the UK. Overall exports account for nearly 70% of total sales at Irish mushroom firms.

Although it isn’t mentioned in the Bord Bia tender, Irish mushroom growers have been hurt by the weakening of sterling after the UK’s vote to leave the EU.

In August of last year, 60 jobs were lost when a Tipperary mushroom plant closed. The factory closure was described as “one of the first Irish casualties of Brexit” by a local TD.