FOR KEN MOORE, Mastercard’s “future looks different from our past”, as the payments giant announced a significant expansion of its Dublin base.

Moore heads up Mastercard Labs, the company’s R&D unit, which confirmed that it will be adding a further 1,500 people to its Dublin operations. The Irish lab is its only location in Europe and currently employs around 650 people.

He told Fora that the research efforts at Mastercard are part of a greater push to diversify its product base and tinker with new tech, such as artificial intelligence, along the way.

Mastercard has invested in technology that consumers may not directly associate with payments, such as virtual reality for retailers to display more product types to customers.

He added that its client base now expands beyond the traditional financial services base to include government, telecommunications and retail.

One particular area of investment is digital identity, developing tech for authenticating users but also their devices to ensure greater security in transactions.

The Dublin R&D unit is building provenance solutions for industry to digitally track goods across the supply chain. 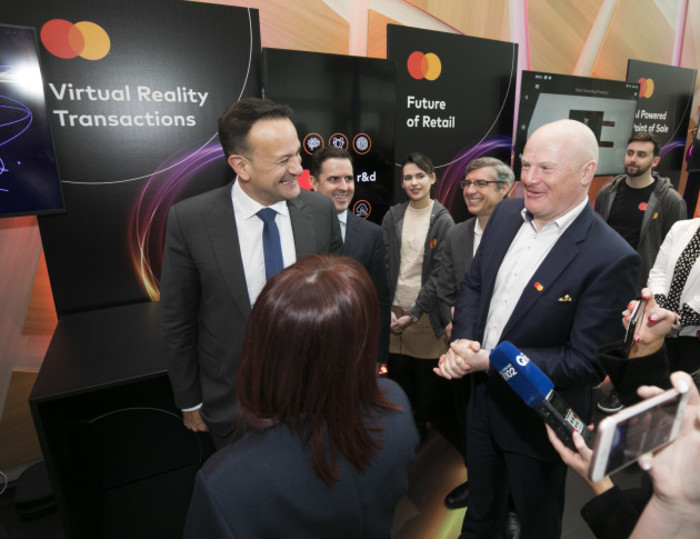 “That’s putting a digital identity on a physical thing. We think that’s exciting and it taps into a business that costs, in terms of counterfeiting, somewhere between $3-5 trillion a year.”

Moore said that Mastercard needs to be wary of hype cycles with new technologies and what they can promise while at the same time having an “appetite to explore” everything and anything.

“Sometimes that means that we look at a technology, dust it down and play with it in to find out that it’s not fit for purpose, it doesn’t do what it says on the tin or it doesn’t fulfil a real-world need,” he said.

“I still think it’s important for us to have the ambition to do that even if some of the bets that we make don’t pay off.”

A particular technology that has undergone many ups and down in hype is blockchain with Mastercard’s Dublin team including many specialists in that field.

Mastercard, along with other high-profile companies, exited the Facebook-led Libra project, which is attempting to build blockchain-based cryptocurrency.

“I still think blockchain is one of those (technologies) that are going to help us redefine financial services in the future. Are we still focused (on) and interested in blockchain? Absolutely, some of our identity solutions are built on blockchain,” Moore said.

“We have our native blockchain that we have built from the ground up and we’re deploying that. We’ve also built really strong partnerships with R3 and many others.”

Mastercard opened its Dublin base Leopardstown in 2008. This latest hiring spree will be carried out over the next three to five years.

The new hires will be spread across two new office buildings close to Mastercard’s current building with the company migrating staff old and new into the new campus-style space at the end of the year.

Like many foreign direct investment and jobs announcements, the Mastercard jobs raise questions again about housing for workers.

Moore said that flexible working options like remote or home working has been a way to address some of these challenges.

“We looked very carefully at the transport links that this office has to the city centre where perhaps we might attract more graduate talent but also with its ability and connections through the M50 and out into the greater Dublin area and even out into Wicklow,” he added.