MARKS & SPENCER has launched its biggest ever price investment in Ireland and plans to cut the prices of 200 products.

The high-end shopping chain yesterday announced that it plans to close over 100 of its stores in the UK by 2022. The company said the overhaul is “vital” for its future.

A spokeswoman confirmed that Irish stores will be unaffected by the move to close down “underperforming” stores.

Today the company has launched a new ‘M&S For Less’ campaign that will involve prices in the retailer’s stores being reduced by an average of 24%.

This is the first phase in the campaign and the supermarket chain plans to reduce prices even further in the coming months.

M&S Ireland country manager Ken Scully said this is its biggest ever price investment in the Republic of Ireland.

“We’re doing it to sharpen our prices for customers who we know come to us for our trusted value and great quality products.”

The price reduction programme announcement has come on the same day the firm announced its annual results.

The published results for the group showed that annual pre-tax profits dropped by almost two-thirds to £66.8 million during the year that ended March 2018. Revenue from sales of food, clothing and homeware were all in decline.

The company also outlined that the expense of shutting down stores and overhauling the business has cost nearly £321 million during the 12-month period. 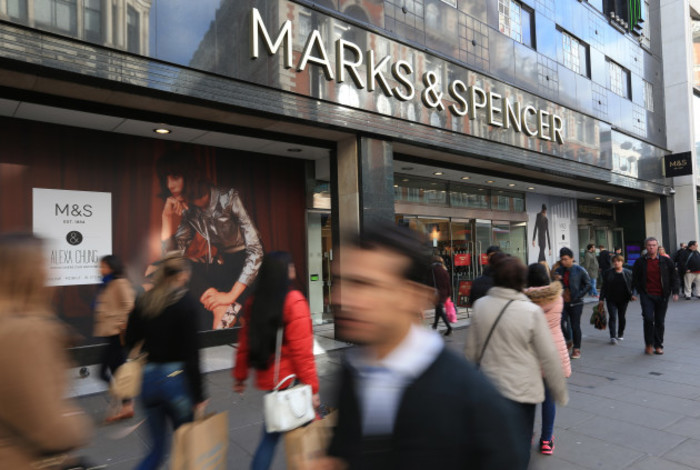 Marks & Spencer currently has 18 stores in the Republic, a large portion of which are located in the Dublin area. In total, the retailer’s wider group has 1,035 stores.

In November 2016, the chain launched a five-year overhaul of its UK stores amid fierce competition from supermarkets and budget garment chain Primark, which trades as Penneys in Ireland.

M&S retail operations and property director Sacha Berendji said the firm has made good progress in its plans to “reshape our store estate to be more relevant to our customers and support our online growth plans”.

Written by Garreth MacNamee and posted on TheJournal.ie. Additional reporting by Killian Woods.