LOVE IRISH FOOD – the group set up to promote domestically produced brands – has been ordered to stop ads that claimed its members use “local ingredients”.

The Advertising Standards Authority of Ireland (ASAI) declared a recent radio commercial promoting the industry-funded body to be misleading after a complaint over a seafood product that bore the group’s logo.

Love Irish Food was set up in 2009 to promote Irish food and drink labels to consumers, and it now counts around 90 brands – including household names like Avonmore and Flahavan’s – on its roster.

In the ad, titled ‘heart and sole’, a male voiceover said Love Irish Food “was all about … locally produced food brands using local ingredients to give you better taste”.

However an unnamed consumer said they bought a salmon product carrying the Love Irish Food logo and described as “quality Irish seafood” only to discover in the fine print that the fish came from Scotland.

As previously highlighted on Fora, major retailers and the brands they stock now routinely use the tricolour and other Irish branding on seafood products caught as far afield as Africa, South America and Asia. 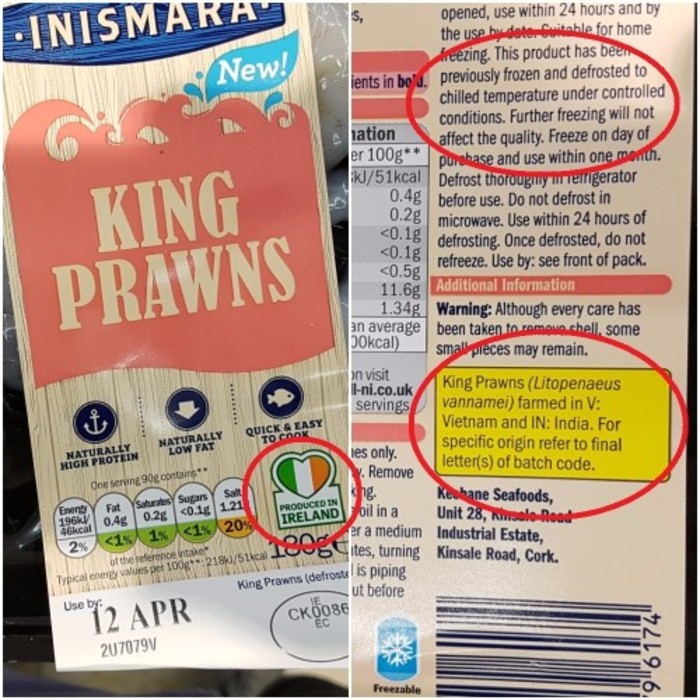 But the complainant said his understanding from the ad was that only Irish ingredients were allowed to carry the branding and that it was misleading – a claim the ASAI upheld.

In its response to the ad watchdog, Love Irish Food said the radio spot was a “non-specific, general communication” and it referenced the group’s website – where it was explained about exceptions to local sourcing due to factors like seasonal availability.

Nevertheless, the ASAI’s complaints committee said using the claim of “local ingredients” without qualification was likely to mislead consumers and ordered that the ad not be repeated.

In a statement to Fora, Love Irish Food said the organisation “regrets that it failed to clearly articulate the fact that all of its member brands use ingredients from Ireland where these are available”.

On its website, it currently cites the example of tea bags, the raw ingredients for which “can’t be grown in Tipperary, but the tea is graded and made into a ready to use tea bag for you”.