DONEGAL-BASED DOLL-MAKER Arklu has made big strides in the toy market since it was founded just five years ago.

The company’s popular range of Lottie and Finn dolls and accessories are now stocked in more than 500 stores across Ireland and the UK.

It has also launched a series of children’s books based on the characters as part of a partnership with Roald Dahl publisher Penguin.

Arklu has won praise for creating dolls that are intended to look and take part in activities like a real child and for ignoring gender stereotypes and championing diversity.

For the latest instalment of our question-and-answer series, we spoke to Arklu managing director Ian Harkin, who told us about his dream to speak Chinese, ditching email from his phone and why he chose Ireland’s north-west over London. 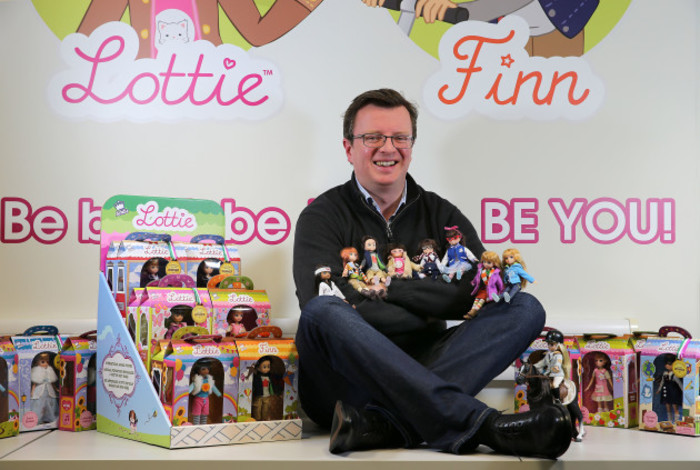 I’ve recently moved my start time from 9am to 8.30am. I generally finish at 6.30pm and after dinner I spend a bit of time with my son and then switch on the laptop for another few hours.

I manage the night shifts with our one-year-old, Henri, whose teething has coincided with our busiest trading period. He’s up three times a night at the moment so I’ve been a walking zombie. It’s a bit full-on at the minute in the Harkin household.

I’m a Finn Harps fan so, whenever possible, I try to make the games. As a family we love getting out every weekend and exploring Donegal. I lived in London for 15 years, so it’s great exploring the county again.

My wife, Sofia, is from Columbia, and she loves it here. The countryside, the music, the quaint pubs – there is a real tangible, recently discovered pride in Donegal from us all living here. It’s great to see it. It really is a stunning county.

To speak Chinese. They actually teach it here in the college in Letterkenny – we’re based in its business incubation unit – so I’ve no excuse. It would make for interesting meetings with the factories in China.

The one hire I really need right now is a Facebook marketing expert. If there’s anyone working there or in an agency in Dublin or London who’s thinking of coming to Donegal, give me a shout.

Sundays. I cook pancakes with mango and maple syrup, read the newspapers and then head over for dinner at my mum’s, where we have the company of my great uncle, Liam – he’s 95 years of age and fresh as a daisy.

I spoke to Liam recently at Sunday dinner about Amelia Earhart flying solo over the Atlantic, and he recalled seeing her as she flew right over his house.

Sundays are for storytelling, family, food and rest, switching off the computer and recharging for the week ahead. 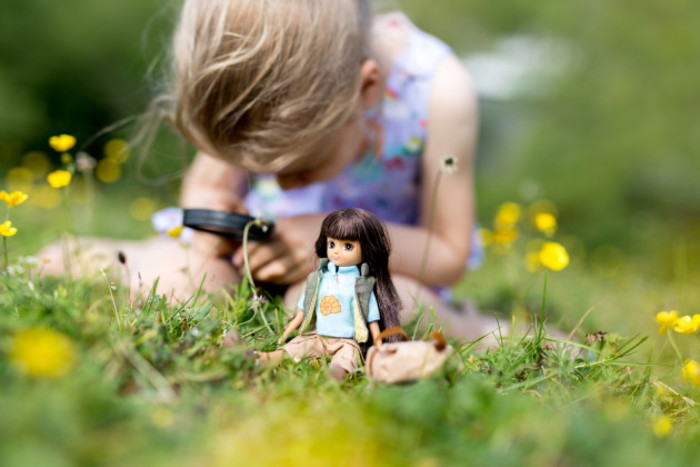 In my last business, when I was in London, we took on investors too early; investors that took equity and gave us debt – in other words, they got us both ways.

Getting that balance right is so important: getting investors that believe in a long-term plan and not chasing short-term turnover to the detriment of a greater potential gain.

You can spend so much time on cash flow for short-term returns and managing investor expectations that the business can suffer. If you can do without investment, then do so for as long as possible.

To start Lottie, I sold my home and I took out a big loan with the bank and another loan from Enterprise Ireland and put everything into the business.

I did so before I was married and had other responsibilities. In fairness, I had family support and encouragement.

I was based in London at the time and it came to the point where I had to start employing people. I had the choice of opening the office there, which everyone was advising me, or moving back to the north-west of Ireland.

Derry, Tyrone and Donegal have some of the worst unemployment rates in the whole of the two islands, so I thought, “Let’s move home and try make a difference to that statistic.”

I’ve removed emails from my phone so that I only look at them now when I’m in the office.

We have our factory in China, customers in Korea, New Zealand, Australia, as well as a warehouse in LA, so we are constantly getting emails, 24 hours a day.

Kicking that out has been great. I’ve done the same with Facebook and removed the app.

I would say: ask for help, get your plan ready and speak to as many people who you think may be able to provide advice.

Learn from other people’s mistakes and try to limit your own. There is help out there, never be afraid to ask for it. 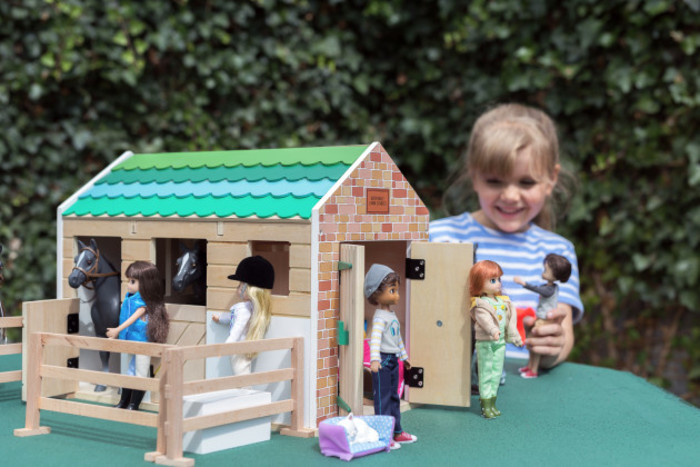 I spent some time backpacking years ago in South America, Australia and Asia. You learn to live with few comforts. The one thing I looked forward to was reading a good book. Catch-22 is my favourite.

I haven’t read much since then, so I look forward to the day when I can ease up a bit again and get a good book.

So much of who you are comes from your parents.

My mum is a saint, as wise as an owl, gifted with patience and incredible cook. They say an entrepreneur can look into a half-empty fridge and rustle up a meal, whereas a manager needs a list of ingredients. Mum is definitely the former.

My dad has a love for sport, any type – cricket, hurling, horse racing, rugby, Gaelic, golf. But his main passion is soccer – a life dedicated to it from underage teams to senior football and administration.

You learn a lot from sports: never give up, push yourself to extreme and then, from a managerial side, pass the game on to others. Dad likes to win. You get a buzz from winning and getting across the line too, not giving up.

My parents are heroes. I’ve got one boy right now, and I’ve no idea how idea how they coped with six of us.