NEW FIGURES SHOW that small firms in Ireland continue to pay almost double the interest rates on loans compared to the charges in comparable EU countries.

The Central Bank of Ireland’s latest SME market report found that Irish SMEs paid an average interest rate of 5.5% on loans under €250,000 from April to September 2016.

That’s nearly double what was paid, on average, by firms in Austria, Germany, Finland, the Netherlands and France.

The Irish rate was also 2.3 percentage points higher than what was paid by companies in Portugal, Italy and Spain.

That said, the rate has declined slightly – down 0.4 percentage points – compared to the last SME market survey for October 2015 to March 2016. 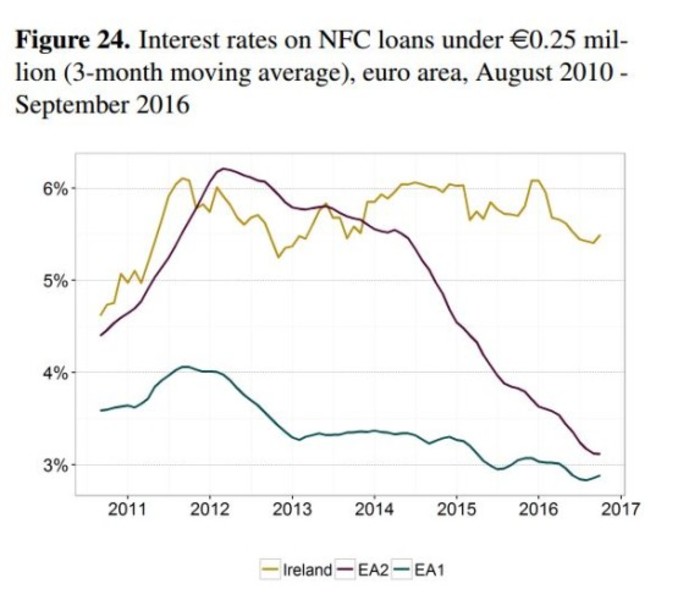 Last year, the European Central Bank found that small- and medium-sized businesses here pay more than any other country in the eurozone for loans.

According to an analysis by the Irish Central Bank, SME interest rates are higher “where SME default rates are high, where bank competition is weak, where bank funding pressures are more pronounced and where the macroeconomy is weaker”.

Both Bank of Ireland and AIB are firmly back in profit-making mode, while the Central Bank report noted that new borrowing continued to grow – up 5.1% in the third quarter of last year when compared to the same time in 2015.

Elsewhere in the report, the number of SME borrowers that are unable to make their loan payments is decreasing – but mainly because of loan sales, repossessions and company liquidations. 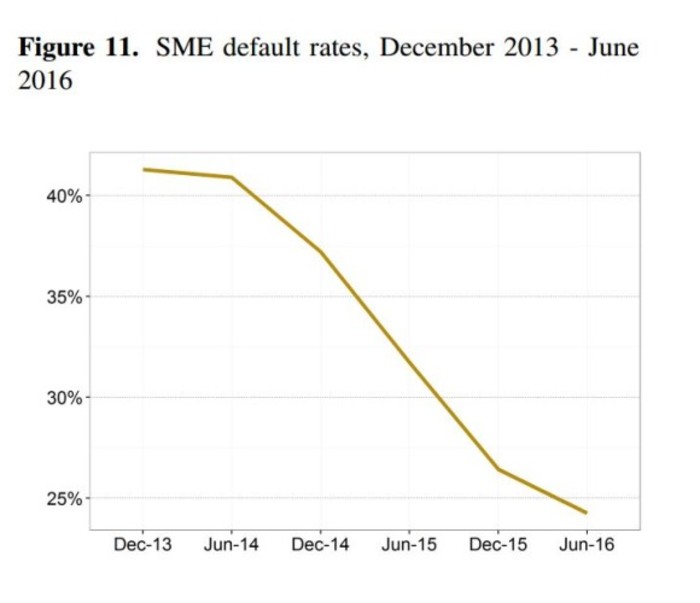 As of June 2016, just under a quarter of loans taken out to small businesses were in default, down from 41% in December 2013.

“This decline in the default rate can be driven both by improvements in the performance of individual loans as well as the exit of defaulted loans from the loan book through loan sales, the repossession of collateral, company liquidations and insolvencies,” the report said.

Businesses in the construction and hospitality sectors were most likely to default on their loans, but “reductions in default rates are relatively larger in these sectors”.