LIDL HAS WITHDRAWN an appeal to overturn a refused planning application to build a second outlet in Naas, Co Kildare, which attracted heavy opposition from local residents and lobbyists after its initial application.

Late last year, the German supermarket giant was denied permission to build a second location in the busy town, where it already operates one outlet and where discount rival Aldi runs two stores.

The proposed development, with an address at the junction of Maudlins Avenue and the Dublin Road, would have covered an area measuring 2,207 sq m and included ancillaries such as car and bicycle parking facilities.

The primary ground for refusal outlined by Kildare County Council was that the shop and off-licence would contravene a policy designed to boost retail in the town centre.

The local authority’s 2017-2023 development plan restricts the granting of permission for certain projects in Naas until several key dormant sites have been developed.

These include the long-abandoned Naas Shopping Centre, the former Superquinn site in the middle of the town – which was reported to soon be revived as a supermarket – and a former Penneys outlet on the Blessington Road.

The council said in September that in the absence of the regeneration of these sites, it was considered that Lidl’s second store “at a remote and peripheral location from the town centre of Naas would detract from the vitality and viability” of the town. 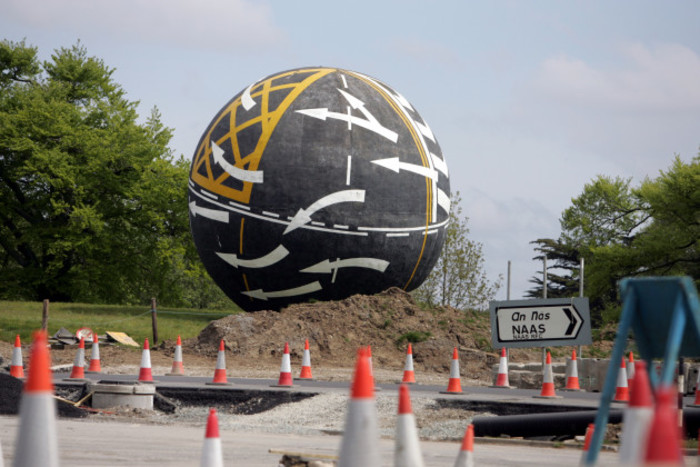 Lidl lodged an appeal to An Bord Pleanála in October of last year, in which it said, “We cannot understand how … the development would detract from the vitality and viability of the town centre.

“The proposed development is a modest, neighbourhood centre proposal that will have no impact on the investment committed to the former Superquinn site or plans for other regeneration sites and would not impact on the town centre comparison trade,” it said.

Citing a retail impact assessment study, Lidl stated that the report it commissioned “logically demonstrates that impact would arise on other supermarket or hypermarket food outlets … not the town centre area”.

But despite preparing the lengthy report in a bid to convince the national planning board to overturn Kildare County Council’s refusal, Lidl has confirmed that it has withdrawn the appeal – although it isn’t giving up on the project.

A spokesperson told Fora, “We are in the process of reconsidering some detail around the subject planning permission in Naas.

“We remain committed to continuing our ambitious expansion strategy and delivering a second store in Naas which will afford more and more Irish consumers the chance to purchase top quality products at market leading prices.”

The proposed project attracted around 40 objections at local level, including a submission from independent grocery store representative RGDATA, which claimed that the second Lidl store would detract from town centre retail.

As previously explained by Fora, the group has had a history of trying to block both Aldi and Lidl outlets across the country.