BANKS HAVE THEMSELVES to blame for the competition they’re facing from fintech upstarts, according to KBC’s innovation chief.

From bailouts to the overcharging and branch closures, the traditional banking sector has taken a reputational beating in the past decade.

KBC director of innovation Eddie Dillon said the industry in Ireland has delivered a “sub-optimal customer experience for years”, breeding dissatisfaction among the public.

This included only providing pared-back face-to-face services, coupled with high-profile controversies like the tracker mortgage scandal, which KBC has itself been deeply embroiled in.

Waiting to capitalise have been a cohort of fintech startups – including digital-only banks, or ‘neobanks’ such as Revolut and N26 – often backed with hefty venture-capital chequebooks, allowing them to gain significant traction both here and across Europe.

Nevertheless, Dillon said KBC welcomed the competition. He described the Belgium-based company’s strategy as “digital first, not digital only”, straddling the line between traditional and next-generation banking.

“The key thing is the customer chooses how they want to interact with us and we respond on a consistent basis. That’s what we mean by digital first,” Dillon said. 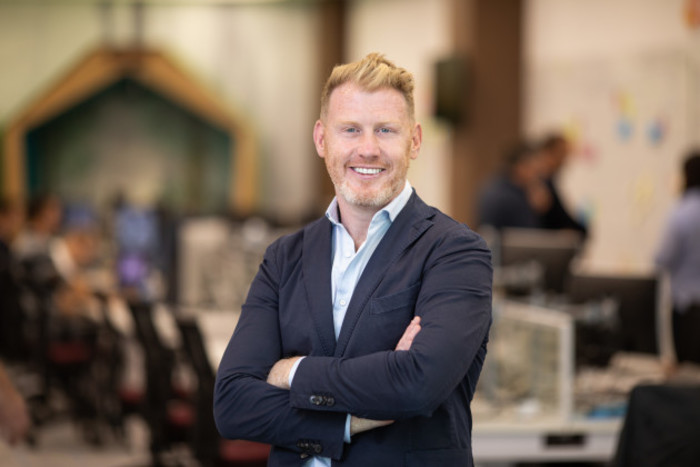 The bank still operates a small number of physical locations and has many of the characteristics of established banks, like a 24-hour contact centre.

“We launched a retail bank a number of years ago because we recognised that the consumers are looking for choice,” he said.

“Customers need more choice so the greater the level of competition (from fintech startups), the greater validation it is to the position we have adopted.”

This competition “will serve to agitate inert consumers,” he said, adding that the levels of switching in the Irish market were “derisory”.

Revolut, N26 and Starling Bank, which is tipped to enter Ireland soon, will “look to get a greater level of flow and mobility within the market”.

KBC has a mission to hit 500,000 customers in Ireland and is currently just below the 300,000 mark. Better digital products are a vital component of this mix, with the bank recently relaunching its mobile app after a major redesign.

“You can’t just be the paint job. You can’t be lipstick on a pig,” Dillon said on striking the right balance between form and function.

KCB anticipates that a “high majority” of customers will be using the new app, so it will be a key tool in its arsenal for attracting and retaining customers.

While the banking group will invest €1.5 billion on digital development across all its markets between 2017 and 2020, the firm’s 60-strong innovation team in Dublin leads much of that work.

Products developed locally include digital payment solutions, integration with other platforms like Apple Pay and security safeguards, all of which are then sent to other territories.

“The strategy is to fulfill our local customer base here with the best-in-class, most innovative digital solutions and then export them and deploy them in other markets,” Dillon said.

That work can be complicated by the different regulatory and customer needs for each market. 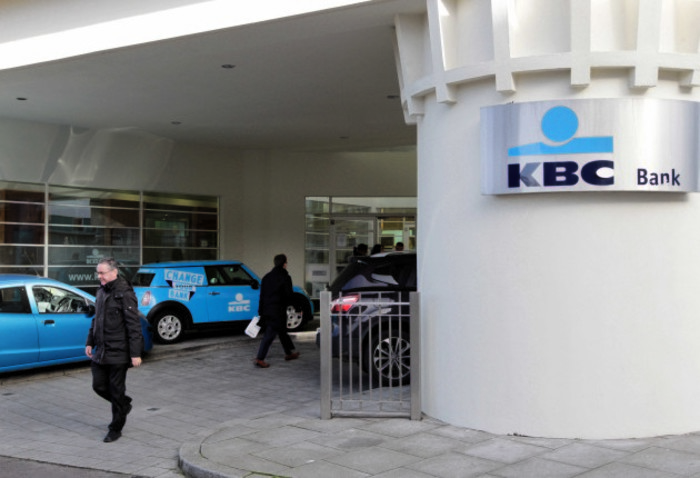 “When you take something as important as (anti-money laundering), you have processes that are being satisfied in a conventional way, which is paper-based and face-to-face,” Dillon said.

“In digitising that process, it doesn’t mean you’re compromising any element of the due diligence, but you need a certain level of regulatory acknowledgement that the digital solution is as good as, if not better than, the previous one.”

Nevertheless, the bank believes that most customers essentially want the same thing: quick and easy access to their accounts, and round-the-clock support when something goes wrong.

“The way in which (customers) carry out their banking might have been informed by whatever the service providers in those markets did (in the past); but as with anything digital these days, people are now benchmarking international practices,” Dillon said.