DANISH HOME RETAIL brand JYSK is planning to open 40 Irish stores within the next five years, effectively more than doubling its previous expansion plan for the country.

The 40-year-old Scandi retailer opened its first Irish store in Naas, Co Kildare in April and has since opened in three more locations. Earlier this year, JYSK – which is pronounced “yusk” - said it was planning 15 stores across the Republic.

The company has since revised these plans and said it now aims to open in 40 locations here over the next three to five years, which it says will help its Irish operation generate annual sales of up to €70 million.

To help source potential locations, JYSK – which sells a range of home furnishings and mattresses – is planning to meet with potential landlords at a showcase in Dublin in mid-September after encountering difficulties with its growth plan here.

Poul Erik Larsen, JYSK’s expansion director, said it has been more time-consuming and expensive to open new stores in Ireland compared to other European locations.

“We have noted that in other parts of Europe, we can issue and sign a lease contract within two to four weeks, whereas in Ireland, this is taking up to 16 weeks in some cases,” Larsen said.

“To achieve the volume of stores we want in the Irish market within two to three years, we need to secure a steady flow of new locations and that is something we’re actively pursuing right now.” 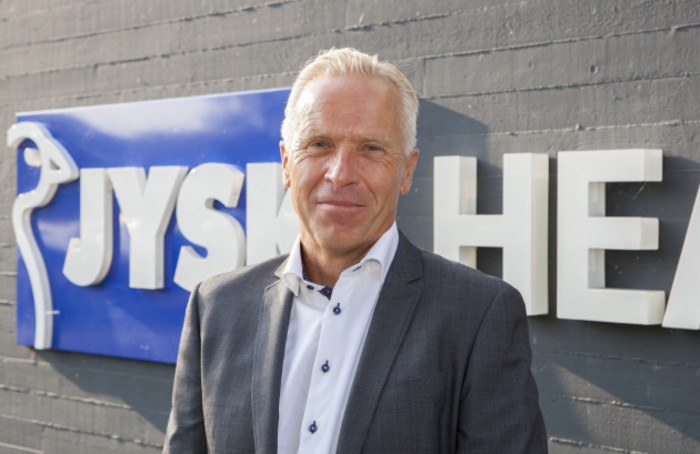 Roni Tuominen, JYSK Ireland’s head of retail, said the chain wants to open up in towns and cities all over the country.

He told Fora that one of the main reasons JYSK has decided to ramp up its plans here is that the Irish market has already outperformed the company’s initial expectations.

Tuominen declined to reveal exactly how much the retailer plans to invest in Ireland, but said the figure is “significant” and that it will spend “millions of euro” on fitting out stores and hiring hundreds of new employees.

On the difficulties with completing lease contracts, Tuominen attributed the delays to quirks within the local market.

“We have found that the processes here are quite heavy … We would really like to find a way, both from our side and also from the landlords’ side, to speed up the process so we can get to those 40 stores.”

After opening its first Irish store in Naas, the chain has set up in Navan, Drogheda and will soon open a branch in Portlaoise. It is due to open in Sligo, Waterford, Cork and Limerick over the coming months.

JYSK operates more than 2,700 stores in more than 50 countries with an annual turnover of about $4 billion.

The company was founded in 1979 by Danish entrepreneur Lars Larsen, who died last week at age 71.

Note: This article was updated to include additional comment from Roni Tuominen, JYSK Ireland’s head of retail.