BRITAIN WILL BAN junk food ads aimed at children from both print and social media from next year, the country’s advertising rules watchdog has said.

The new rules, which come into effect in July 2017, extend an existing ban on television ads for “high fat, salt or sugar (HFSS) food or drink products”.

“The new restrictions will lead to a major reduction in the number of ads for HFSS food and drinks seen by children,” the Committees of Advertising Practice (CAP) said in a statement.

It cited research saying that children aged between five and 15 in Britain are now spending more time online than watching television.

But Clark and other campaigners pointed out that the ban only applies to media where children “make up over 25% of the audience”, opening up a potential loophole for junk food marketing. 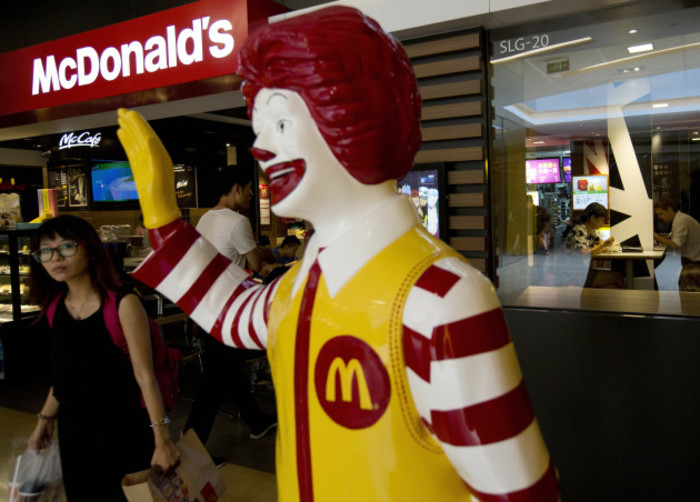 Jenny Rosborough, campaign manager at Action on Sugar, called for restrictions on programmes such as talent shows which are popular with children but exempt because they are not children’s programming.

“We need to see bans on advertising go further,” she said.

Food And Drink Federation head Ian Wright said the change was “a major shift” that was “fully supported” by the industry.

In Ireland, the Broadcasting Authority of Ireland introduced bans on junk food advertising during children’s programmes on either TV or radio in 2013 – a move lobby group Food and Drink Industry Ireland attacked at the time as based on “flawed science”.

However health campaigners such as the Irish Heart Foundation have called for tougher rules around the targeting of children with ads for high-fat and high-sugar foods on social media in the Republic.

Both Britain and Ireland are also planning a sugar tax on soft drinks to reduce rising levels of obesity, despite opposition from businesses in the sector. The two countries have some of the worst obesity rates in Europe.

The latest official figures for England from 2014 show that 31.2% of children aged between two and 15 were either overweight or obese.

Recent figures from a Growing Up in Ireland study put the share of the nation’s nine-year-olds who were either overweight or obese at 26%.