PROFITS AT ONE of the country’s biggest building firms doubled last year despite a large, multimillion-euro dip in turnover.

The financial results show that during 2017, an associate firm of the group reached a settlement in relation to previously planned construction projects. The agreement resulted in a €14.2 million write-back made on prior financial results.

Despite the sharp rise in profits, turnover at the firm dipped significantly by €159.4 million during the 12-month period to €943.3 million.

Operated by the Sisk family, the building group has operations in Ireland, continental Europe, the UK and the Middle East.

Some €687.9 million of the firm’s turnover was derived from the Irish market, while it registered sales of €246.9 million in the UK. Turnover at its European business stood at €8.4 million for the year.

A note in the directors’ report said that the group had a profitable year across all of its key business sectors in 2017.

It added that the Irish and European businesses performed “very strongly” during 2017 and, due to the strengthening of the Irish economy, the firm should maintain its profitability levels in 2018.

The directors highlighted that the group’s strong financial peformance in Ireland was fuelled by developments in the technology, manufacturing and retail sectors and that the business has a strong order book for this year and “a good line of sight” into 2019. 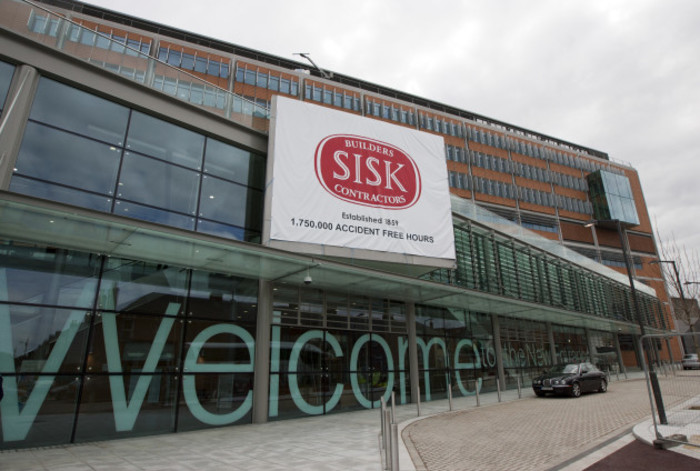 In other markets, Sisk’s UK business returned to profitability after “several challenging years” and the operation has been restructured, which has put it in a strong position to deliver a profit this year.

However, the directors noted that the group has moved to wind down its activities in the United Arab Emirates and financial provisions have been made for the expected closure this year.

John, Richard and Owen Sisk each own one third of the group, which was established in 1897.

According to the Construction Industry Federation’s annual ranking of its top 50 member-contractors, John Sisk & Son (Holdings) Limited was the biggest builder in the country by turnover last year.

The firm employed an average number of 1,304 employees during the year and paid an average wage of €63,113.

The majority of staff at the firm were construction and civil engineering workers, with 91 staff employed in the manufacturing and distribution division.

The Irish-owned construction firm has been behind many of the country’s biggest construction projects and currently has a number of new developments in the works.

Earlier this year, Sisk won the contract to build the Dunkettle road project in Cork and will oversee a €600 million project to build a new drug production facility for pharmaceutical giant Johnson & Johnson.

Sisk has also been enrolled to build a 700-home project for Quintain, which is owned by US investment fund Lone Star, in west London.