IRISH PRESS PLC – the firm set up by Éamon de Valera – has scheduled a general meeting of creditors where it is expected the company will be wound up.

The company, which closed down its press division 22 years ago, was the business behind the Irish Press and also published its sister newspaper titles, the Sunday Press and the Evening Press.

The company was set up by Fianna Fáil founder de Valera in 1928 as a nationalist alternative to several unionist publications in existence at the time. It is now owned by his grandson, who shares the same name.

A proposed liquidator for the firm, Tony McBride of Dundalk accountancy firm FLC Frank Lynch, has been named ahead of a creditors’ meeting today.

RTÉ reported that a letter sent to shareholders outlined that the company no longer had any commercial purpose following the sale of its main asset, Clanwilliam Terrace in Dublin, last year.

The building was sold for €1.1 million, which represented a €2 million loss for the company that has bank debt of €650,000, according to the letter.

The statement also said it is “clear that the liabilities of the company will exceed its assets” and that the subsidiaries of the company won’t be directly affected by this decision. However, the liquidator will take control of all company offshoots.

Chairman de Valera also remarked in the letter that it was a “bitter disappointment” that the company would be wound up. 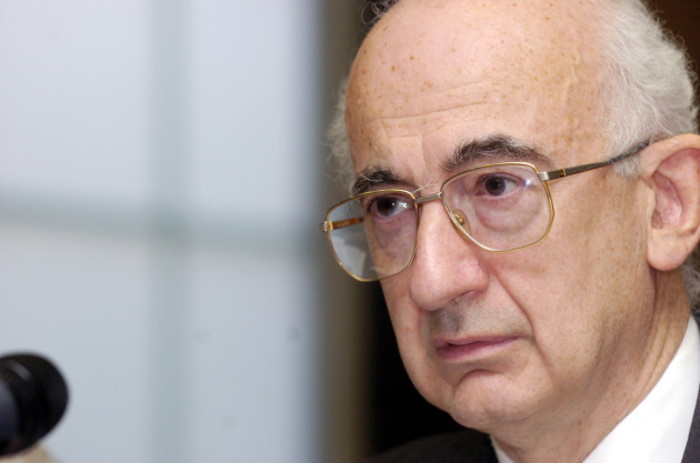 Revenue also fell during the period from €2.6 million to €2.3 million. Turnover at the business was already trending downwards during 2013, nearly halving compared to the €6.9 million recorded in 2012.

The company left the newspaper business in 1995 and since then has dabbled in marketing, event management, media buying and public relations.

Four years ago, it made a profit of €282,000 following the one-off sale of its stake in local radio station Tipp FM to the owners of Clare FM for €600,000. However, since its refocus, the company has struggled to make money.

The company still has interests in several companies such as medical marketing firm M+C. Its most recent accounts valued its investments in various subsidiaries at about €300,000. 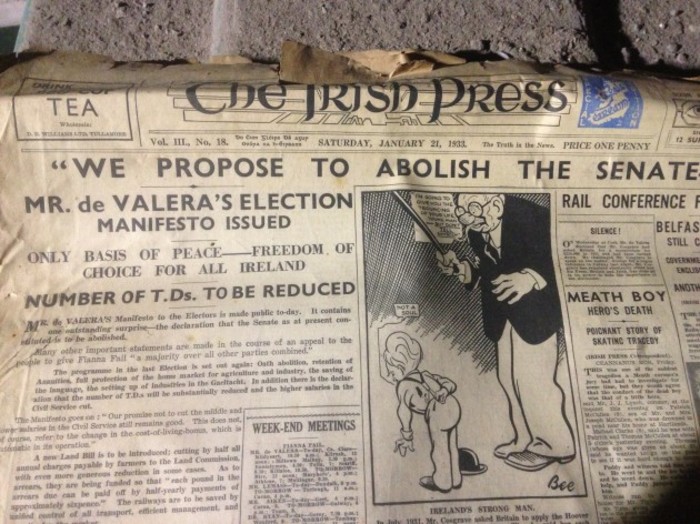 At its peak, the Irish Press had a circulation in the hundreds of thousands, as well as a reporting roster that boasted many of the nation’s top journalists.

However, during the late 80s and early 90s it struggled under intense competition from the Irish Times and the Irish Independent.

With debts mounting, the publication eventually shut in 1995 following a dispute between the editorial team and management over the sacking of the paper’s group finance editor, Colm Rapple.

Rapple was laid off after writing an article for the Irish Times in which he suggested that staff in the Press group should be given a stake in the company. Rapple was fired by management on grounds of “disloyalty”.

The paper’s journalists started a strike after Rapple was laid off, calling for his reinstatement. Although they received much support from the general public, management decided to close the newspapers amid mounting debts.

- with reporting from Paul O’Donoghue