A THIRD OF shoppers say they will switch some or all of their online purchases for Christmas from UK retailers to Irish stores if Brexit comes to pass on 31 October.

That’s according to a survey of 1,000 people by Amárach Research on consumers’ post-Brexit online shopping behaviour.

The research also found that 44% would reduce the number of items they order online for themselves from UK websites if Britain leaves the EU at the end of next month.

Responding to the data, Retail Ireland director Thomas Burke said there is a “huge opportunity” for established businesses in Ireland to steal revenue from overseas rivals, with British retailers accounting for an estimated 75% of online purchases.

“There’s a fairly significant tranche of spending that Irish retailers potentially could wrestle back from the UK,” he said.

Burke said that in the event of a no-deal Brexit, imported goods from the UK could be subject to additional tariffs and customs checks. This would make purchases more expensive and may also jeoparadise consumer protection.

“That obviously will create a disincentive for Irish consumers to shop in the UK given those circumstances and probably present an opportunity from an Irish retail perspective to capture some of that trade locally,” Burke said. 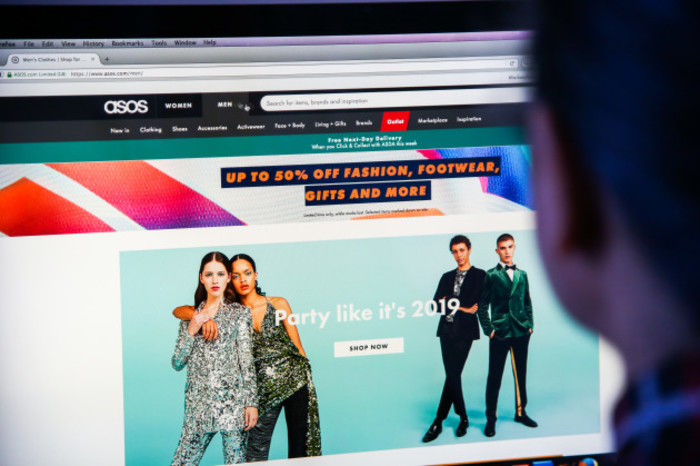 ‘Work to be done’

Burke said that indigenous retailers have over the last 12 to 18 months anecdotally reported an uptick in online sales. He said he expects this to “ramp up quite significantly in the event of a hard Brexit”.

A separate Amárach survey published in January suggested that just over one-fifth of consumers bought Christmas gifts through Ireland-based retailers in 2018.

Retail giants in the UK have in recent times benefited from a weaker sterling-euro rate, which makes products comparatively cheaper for Irish consumers. They have also attracted a large share of the market through ancillaries like free shipping.

Thomas Burke said that Irish retailers have been working to improve their online offering and that e-commerce has “become an increasingly important part of Irish retail businesses and the Irish retail offer over the past number of months and years”.

He said this trend has been separate to Brexit.