IRELAND HAS PLAYED a small part in Cuba’s storied past – and now one businessman wants to open up the Caribbean state’s future to Irish companies.

Revolutionary leader Che Guevara had a grandmother who hailed from County Galway, while in more recent years Ireland has tried to establish trade and political ties to the socialist nation.

As the US relaxes its trade embargo on the island – a measure that dates back to the early 1960s – there is an opportunity for foreign firms to get an early footing in the mothballed economy.

One man looking to join the influx is Dublin-based former publican Martin Connolly, who has set up the Cuban Business Gateway in Ireland.

He says the whole idea for the consulting group, which offers advice to Irish businesses looking to get into the emerging market, came about after a request from the Cuban ambassador to Ireland.

“The government was investigating the idea of getting an Irish bar and presence in a new regeneration project at a Unesco heritage site in Havana. So I went over to visit the country and see if it was a possibility.”

On that trip, Connolly says he made connections with government departments and agencies, but no plan came to fruition.

However, with his new ties in the country, Connolly decided to set up the consultancy – and over a number of further trips, he says he built up contacts on the island.

“If people get in touch with me, I can tell them nearly straight away if it’s worth them pursuing the idea. We get an awful lot of people who are just curious about the place.

“It has this attraction – people would like to do something in Cuba, but we get a lot of tyre-kickers.

“The government wants companies that have long-term businesses plans in the country. They don’t want people to come in, sell a business and leave. That’s why it’s difficult to do business in Cuba, because every deal is assessed on its own merit.” 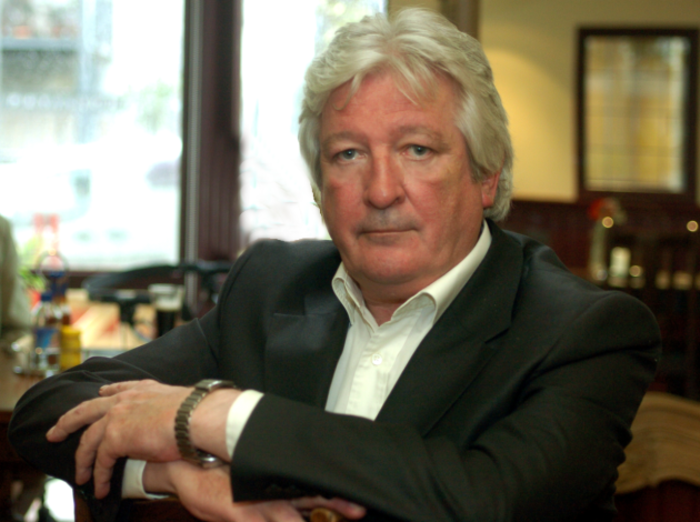 He says his firm, which was set up five years ago, doesn’t always charge a fee for consultancy work.

Instead it takes a commission based on the success of a project, with an engagement fee of €2,500 levied for linking businesses with Cuban trade and economic bodies.

In 2014, Cuba’s National Assembly passed a new law aimed at boosting foreign investment by offering significant tax cuts to those who pump money into the country.

The law exempted investors from paying tax on profits for eight years and reduced the tax on profits after that period from 30% to 15%. However, these incentives are only applicable to joint ventures between foreigners and Cuban citizens.

So even though Cuba has put an ‘open for business’ sign up, Connolly says there are still lots of hurdles for Irish firms to consider if they’re looking to move into the market.

For example, foreigners are only allowed to own property in specific areas, such as purpose-built housing developments for tourists. It has only been in the past five years that the government has relaxed rules to allow Cubans to buy their own homes.

According to Connolly, businesses moving into Cuba will need to look for partnerships with locals if they’ll need to invest in land or property.

However, even getting a simple reply to a query or a commitment to proceed with an enterprise can be difficult, he adds.

“Getting a response from Cuba is very slow because the internet is slow over there. So when anybody had an interest in Cuba, they would be referred to an agency, but not an awful lot would happen.”

Internet access is only slowly become widespread on the island, with a service introduced last month offering people web access in private homes.

“That’s why you need somebody on the ground over there,” says Connolly. “It’s a bit like Ireland was years ago – they’ll agree to everything and they will mean it, but when it comes to performing it’s a bit slow.” 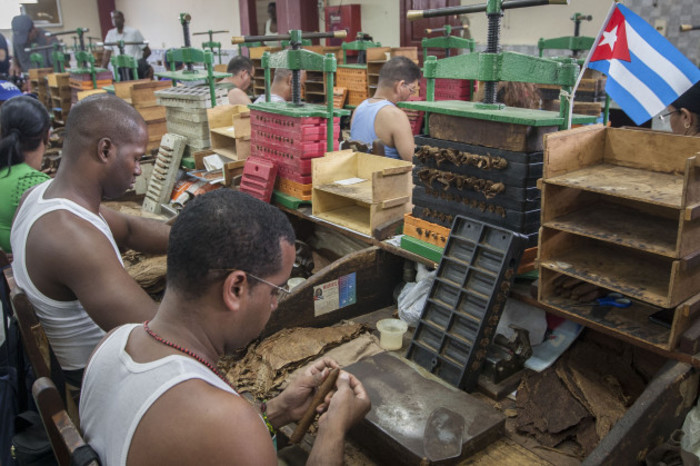 Connolly says his firm has dealt with over a dozen Irish businesses scoping out Cuba as a new market, mainly in the food, renewable energy and high-tech sectors.

And he says the country, which has a near-100% literacy rate thanks to a campaign started in the early days of Fidel Castro’s regime, is very keen on high-tech firms moving in.

“They have a university over there that is producing graduates for high-tech jobs in anticipation of the internet becoming more widespread over there – and it will happen very quickly.

“Renewable energy is also potentially massive because they’re on the trade winds, and the country is not allowed to build nuclear.”

The Cuban government has also outlined a list of other key sectors to target, including the forestry, mining, pharmaceutical and wholesale industries.

“A big problem is that Cuba is importing too much food altogether,” says Connolly. “It want to replace the imports, but they need investment and expertise to do that – the problem is that they don’t have it.” 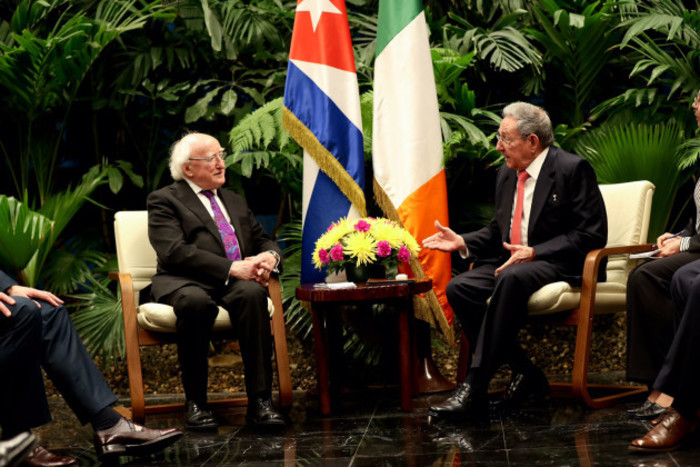 President Higgins on a recent trip to Cuba
Source: Aras An Uachtarain

For his own part, Connolly has been trying for several years to bring an Irish presence to Havana in the form of that most recognisable of exports – the pub.

He says he has the foundation of an agreement with a government organisation to set up a bar and restaurant dubbed ‘The Irish Village’ in Havana. He added it would take up to €2 million to get the project off the ground.

“That would cover kitting out the place, because you can’t do an Irish pub as a half measure.

“It would also fund working with food suppliers to bring in some sort of local food chain that could supply the pub and restaurant, because importing can be too expensive.

“We’re also looking at the option of putting in place a microbrewery on site because it is very expensive to bring in beers – especially Guinness.”

He added that even if it would cost a lot of money to set up, it would pay off in the long run.

“When the place is up and running, it will be worth it because the margins will be much greater over there. The returns are higher because of the low wage costs, and you don’t have things like rates that every bar and pub in Dublin have to pay.”

food and drink resource and energy