WAREHOUSES AND MANUFACTURING sites can now be added to the growing categories of Irish property in short supply.

According to property group Savills, there is “restricted” availability of prime industrial space in Dublin with demand driving rents up nearly 10% since June last year.

Despite the lack of properties available, transactions for industrial space jumped by nearly a third in the second quarter of this year, compared to the same period in 2016, as 68,500 sq m of space changed hands.

A number of large deals contributed to this spike in transactions, with the deals for the former United Drug and Cuisine de France facilities in Tallaght accounting for nearly a third of space traded.

Holland & Barrett’s pre-letting of a new design and build distribution centre – spanning over 6,000 sq m in size – at Dublin Airport Logistics Park also contributed to the increase in transactions.

Savills Ireland director of research John McCartney said the rush for warehouse and manufacturing space this quarter was driven by a spike in the volume of goods going through Dublin Port.

“The impact of this is being felt throughout the supply chain – from increased goods movements at Dublin Port right through to increased demand for warehousing, logistics and distribution property,” he said.

He added that the increase in demand was also being fed by the fastest jobs growth in almost a decade and a near-4% rise in expenditure on consumer goods. 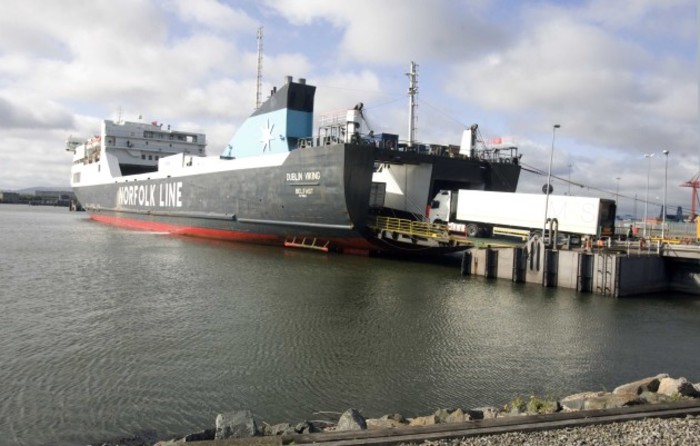 Despite the surging interest in industrial space, Savills said there could be an even larger rush over the next six months.

In its analysis, Savills noted that Dublin Port is on track for its strongest year ever for port traffic, with throughput up nearly 3% in the first six months of 2017.

Savills also noted that estimated rental value for warehouses and manufacturing space, which is based on a sample of prime industrial properties, rose by nearly one-tenth in the year to June 2017.

However, Savills Ireland director of industrial Gavin Butler said rents are still 40% off the previous peak, so further increases in rents should be expected over the remainder of this year and 2018.