THE CRAFT BEER revolution has now touched every single county in Ireland with a wave of breweries opening up over the past six years.

According to a new report from the Drinks Industry Group of Ireland (DIGI), the number of Irish-based breweries in production has increased from 15 to 72 since 2012.

This quadrupling of brewery operations in Ireland has caused turnover from Irish microbreweries to swell from roughly €8 million in 2012 up to the €52 million mark in 2016.

The report compiled by DCU economist Tony Foley highlighted that over 90% of the country’s breweries are located outside Dublin.

Some 10 of the breweries are located in Cork, with seven craft beer production facilities in Dublin. Galway, Wicklow and Donegal each have five breweries.

Based on research by Bord Bia carried out in the middle last year, there was a brewery in every county except Westmeath. 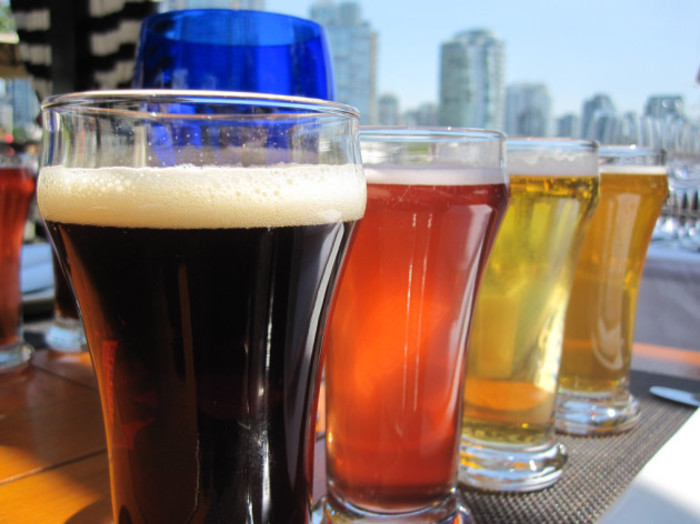 Ireland’s alcohol industry has also seen growth in the Irish-produced cider and spirit categories over the past several years, according to the DIGI commissioned research.

Between 2013 and 2017, the number of operational whiskey distilleries in the Republic has increased from four to 18, with a further 16 in the process of being developed.

Last year, global sales of Irish whiskey increased by 6% to 6.4 million bottles, while domestic sales of premium Irish whiskey grew by 41% to over 700,000 bottles.

The home gin sector has also ramped up production, with a number of new facilities opening, while the number of licences granted for cider production has increased from three in 2009 to 18 last year.

DIGI’s report also noted that many of these breweries and distilleries have developed visitor centre facilities to take advantage of the alcohol tourism market. Based on a survey of 50 microbreweries in the report, a further 36 have plans to develop a visitor centre.

As the level of sales and production of Irish-brewed drinks increases, DIGI has also warned about the potential issues that could prevent new entrants to the market from scaling.

He said the drinks sector is now one of Ireland’s “bedrock industries” and is a large employer in rural Ireland, employing just over 90,000 workers.

“If the drinks industry is to flourish into the future, it needs as few barriers to trade as possible. Right now, our own excise tax is a barrier,” said O’Keeffe.

Alcohol excise duty generates a large chunk of cash for the public purse every year. Two years ago, excise receipts for beer alone brought in €430 million for the exchequer, up from €417 million the year before.

But O’Keefe said that a new export policy needs to be developed to safeguard the Irish industry from the UK’s decision to leave the EU and “growing American protectionism”.

“This starts with ensuring that policy measures support growth and we must prioritise reducing the tax burden on Ireland’s fastest-growing manufacturing industry by lowering excise on alcohol.”