AS IRELAND’S DATA centre industry in Ireland grows, so too does its appetite for power.

That demand, however, could help drive a change in how our energy system is structured towards a more sustainable model, according to Brendan Marren, head of sales in Ireland for Centrica Business Solutions, a sister company to Bord Gais Energy that aims to help businesses improve energy efficiency through tech.

Ireland has a unique problem with the rapid growth of the data centre industry, according to Marren, and “that’s now moving the evolution of the energy system at a rate of knots”.

There’s been a push from the state to go green in recent years with the Government’s climate action plan and EirGrid’s recent analysis of possible greener energy scenarios - and Ireland has missed its emissions targets for the third year in a row.

At the same time that the state is changing its energy policy, its bid to attract data centres is also putting additional pressure on the grid.

While the centres themselves have attracted plenty of objectors in the planning stages, official Ireland has been keen to get company’s to break ground on new projects and the IDA has said that since 2010 the sector has contributed an estimated €7.13 billion to the Irish economy.

The energy sector is “due for a change and with change there’s opportunity, from a commercial perspective and to do things better,” Marren said in an Avoca café across the street from the RDS as he took a break during the DataCentres Ireland conference.

“I think data centres in Ireland have the potential to be pioneers globally for a change which is happening in the energy sector,” Marren said.

There is a move in the energy sector from centralised to distributed energy – meaning a move from energy flowing from one source, to energy sources throughout the grid – he said.

“What’s happening in the data centre space at the moment, especially in the Dublin region, is they can’t get enough power in the time-frames that are needed. With that presents an opportunity for onsite or distributed generation.”

The default at the moment is to connect to the grid, with a diesel back-up, he said. But if the grid can’t provide enough power within the time frame needed, companies with data centres need to look at other options such as onsite generation or power purchase agreements.

“People are beginning to ask questions (like) ‘is grid and diesel the best?’” he said.

The company is working on “island mode” solutions – independent of the grid – for data centres which are unable to get the volume of energy they need from the grid at a given time.

“When we initially started talking to some of these operators two years ago…the mindset would have been ‘this is a stopgap, interim solution until I get my power available,’” Marren said, adding that he thinks that mindset is changing now.

Future scope aside, the power demands of data centres still mean that onsite generation from renewable sources is a challenge. But off-site it’s increasing.

”A lot of big data companies have signed power purchase agreements with wind farms, they’ve invested in them, or they own them outright. I think that’s part of the transition,” Marren said. 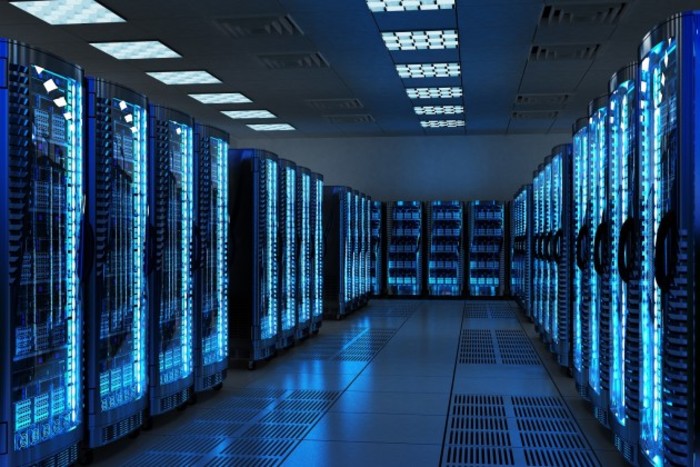 At the RDS last week, Garry Connolly, head of industry group Host in Ireland, told a room full of attendees that we are on the cusp of the second decade of the fourth industrial revolution.

“Data is the oxygen of the industrial revolution 4.0,” Connolly said.

Later, in an email, Connolly highlighted the many challenges of this brave new data-driven world. Near the top of the list is the sheer volume of data we’re consuming – and where we’re going to store it.

“The digitisation of our lives and work is increasing data consumption to exponential levels,” he said.

“That’s where data centres play a role. The most energy-efficient way to do that is to bring all of the storage and servers required into purpose-built buildings that ensure they use the least possible energy for that storage.”

This brings in the next two challenges: availability and supply of reliable renewable power – and public perception.

“The data centre industry is a renewable first industry, and so the availability of 100% guaranteed renewable power will be a global challenge,” he said, noting that the likes of Amazon, Facebook and Microsoft are investing significantly in renewable infrastructures.

Just because a company is investing in renewables doesn’t mean it’s relying on renewable energy. If a data centre has a power requirement of 20 megawatts or more, it will connect directly to the grid.

“The next challenge is public perception,” Connolly said. “The perception is that data centres are big empty buildings that have nothing to do with us. The reality is the more we depend on Google maps to direct us to a new restaurant that Alexa suggested while the kids are being entertained by streaming YouTube in the back seat, the heavier our reliance on data centres will be,” he said.

“Data centres are part of the critical infrastructure that acts as a foundation for the Foreign Direct Investment in the ICT industry in Ireland. It is by far our largest export at €69 billion per year and creates employment for more than 100,000 people,” Connolly added.

According to Centrica’s Marren, the potential impact they could have on moving the energy system to a more distributed model is an overall benefit to the country – and that they create many jobs indirectly, such as in construction.

Connolly also noted that the centres have a seven to 10-year “refresh cycle” when they need to be retrofitted with new technologies.

“From our point of view, there are two challenges. We have been set a target of getting 70% of the electricity on the system to come from renewable sources by 2030. That’s mainly wind power. We need to connect a load of wind farms over the next 10-11 years,” David Martin, senior communications specialist at EirGrid, said.

“With more and more data centres, that 70% figure is getting higher because the actual amount of energy required is getting bigger,” he said.

“We reckon by 2028 data centres will account for something like 30% of all demand in the country, which is kind of huge.”

It’s early days, he said, but “we will ensure there is enough capacity to meet that demand”.

Earlier this year, EirGrid agreed a “flexible demand” programme with data centres in what it sees as “constrained areas” – like Dublin which will come into effect in a few years time. That means at peak times the industry has agreed to reduce their demand on the grid and move to onsite generation. The policy only applies to new developments, not existing data centres.

“That’s helpful on a day to day basis but in the long term we need to make sure we get a lot more renewable generation on the system to meet this growing demand,” Martin said.