WORKERS FROM THE EU who are flooding out of the UK are looking to Ireland as an escape route – but a move to the Republic will only make financial sense for a select few.

Figures released today by the UK’s Office for National Statistics show that the number of EU workers in the UK has dropped by the most on record.

Between July and September, roughly 2.25 million EU nationals were working in the UK, which is 132,000 fewer than the previous time period last year. During the same time frame, the number of non-EU workers increased by 34,000 to 1.24 million.

Data from jobs listings site Indeed shows the outflow of EU workers is part of a trend that began in the middle of 2015 when European workers started to “lose interest” in the UK, according to Indeed economist Pawel Adrjan.

The data also showed that there has been a drop in search traffic from workers in another EU country looking at UK-based rules. The largest decreases were among people currently based in Ireland, followed by Poland.

Morgan McKinley global foreign direct investment director Trayc Keevans told Fora her firm’s most recent employment monitor shows there has been a 12-month peak in the number of professionals registering for opportunities in Ireland.

“That is largely due to the influx of people we are seeing from the UK. A large cohort of those are European,” she said. 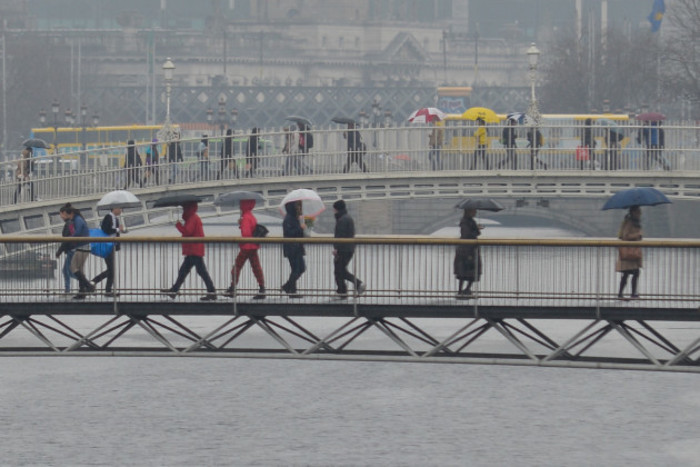 EU workers scoping out Ireland is good news for Irish-based employers, which have seen the local talent pool dry up as the country approaches full employment.

Keevans said these workers see Ireland as a “safer bet”, but she added that when they do their homework on the move a lot of them are being scared off by the cost of housing.

“The higher-earning professionals that are coming in, they are not experiencing the challenges that we’re reading about (housing),” Keevans said.

“It tends to be the mid-level, those that are earning anything between €30,000 and €60,000, they are the ones that are really experiencing difficulty.”

She added that the narrative of around Ireland’s rental market is spreading across the continent.

“We’ve had a number of eastern European professionals that are concerned about making the move and wondering will they be able to secure housing.”

Keevans also said we shouldn’t expect too many senior professionals to be among those scoping out a move here.

“If monetary is their primary objective, then the personal taxation structure here is restrictive to them making that choice to move here.

“They usually have another reason for coming here, which is they’ve already made the commitment or have a related spouse and it’s a move for lifestyle reasons.”

Keevens said that UK-based financial services and tech professionals were the largest groups showing an interest in Ireland, while those in similar roles from the continent were also likely to be weighing a move here.

“It’s a mixture of those that would have been going to the UK, which would have been their first choice, but now of the uncertainty they’re not. They’re focusing on Ireland because it’s English-speaking.

“There is still a cohort that are moving back to their home countries as well, so they’re not all coming.”

Adrjan said the flow of EU workers out of the UK is likely to cause skill shortages in healthcare and construction in the British labour market.

He noted that workers in these sectors are also demonstrating an interest in working in Ireland, based up on Indeed’s traffic. Nevertheless, Adrjan said it didn’t look like the migration trend would significantly affect the UK’s tech hub status.

“Indeed research shows that global jobseekers looking for jobs in technology have not been put off by Brexit just yet.

“This suggests that Britain could keep its position as a global tech magnet in a post-Brexit world, provided that the economy continues to grow, and migration policy is sufficiently flexible to accommodate an internationally mobile skilled workforce.”