A LACK OF interest in blockchain puts Ireland at risk of falling behind other markets in developing the technology.

That’s according to new research commissioned by tech PR firm Wachsman, which suggested that three-quarters of Irish people wouldn’t consider a career in blockchain at a time when the industry is crying out for talented workers.

Commenting on the survey results, founder David Wachsman suggested that not enough people are informed about the technology and an “education gap” is contributing to the problem.

“People in Ireland don’t know yet how transformative a technology blockchain is and that it’s such a wide-ranging technology,” he said.

“Consequently they think that blockchain, if they know what it is, is too risky so they’re not willing to make a clear transition.”

More than half of the 1,000 respondents cited a lack of understanding of what the technology is as an inhibitor.

Furthermore, 38% said there was a “lack of information” while 10% said that they didn’t think they had the right educational backgrounds to enter the industry. 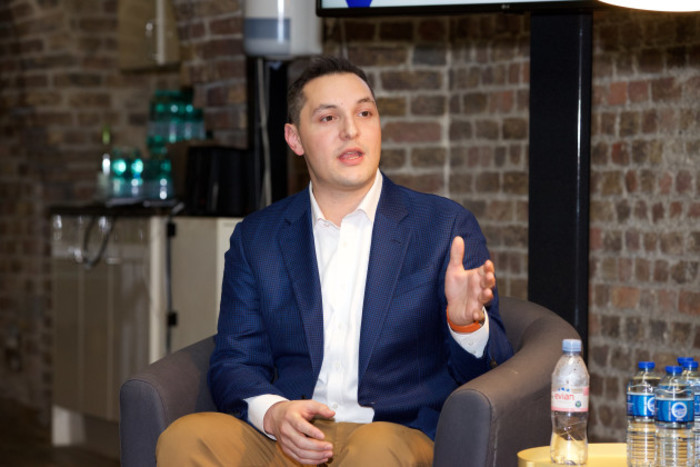 Wachsman added that Ireland has highly-skilled tech talent so more people should be looking at blockchain but aren’t because they feel their skills don’t mesh with the still relatively nascent technology.

These figures emerge despite the presence of noteworthy blockchain firms like ConsenSys and stalwarts like Mastercard and Deloitte running teams in Ireland that are working on the tech.

“I think there is a risk that Ireland could fall behind, even though it has so many advantages, if people aren’t even willing to consider a career in one of the fastest growing industries,” Wachsman said.

“This is clear information. The education gap is real. It’s a severe challenge considering Ireland is a tech hub and should be embracing novel technologies.”

“I think we need more blockchain products to be utilised by people and that’s actually the responsibility of everyone in the blockchain industry today,” he said.

Wachsman also called on third-level institutions to address the shortcomings in available training.

“Universities need to develop more constructive blockchain curricula,” he said, pointing to academies in other countries that have launched successful programmes.

“We should see more universities (in Ireland) do the same,” Wachsman said.

Some universities in Ireland have looked at the technology as part of their computer science programmes, but Trinity professor Donal O’Mahony told Fora last month that his department didn’t have plans for a dedicated programme.

US company ConsenSys, which opened in Dublin this year and is hiring aggressively, is running educational programmes and scholarships to train up future prospects.