A TEAM OF former Deloitte directors and consultants are leading the Irish launch of US blockchain firm ConsenSys.

The company works in the blockchain space, which is a growing field of technology for storing and sharing data.

The tech has caught the eye of areas such as the finance sector since it can provide a decentralised and verifiable ledger of transactions, but the software has uses in multiple areas.

ConsenSys develops solutions on a particular blockchain called Ethereum, which is an open-source software platform for building applications, such as payments services or tools for carrying out know-your-customer checks.

The company was founded by Joe Lubin, who is also a co-founder of the Ethereum software and is headquartered in New York with regional offices globally.

The firm recently incorporated in Ireland and has signed the lease on a 6,000 sq ft office space in ‘Silicon Docks’. It has signed up 12 people so far and plans to hire 60 engineers and business admin professionals over the next 12 months.

ConsenSys works with clients in sectors like finance, telecoms and government and is in the middle of a project with the Smart Dubai initiative, which is testing the technology in government services including a blockchain land registry.

It also runs a $50 million venture capital fund to back early-stage blockchain startups and the ConsenSys Academy, an online learning tool to bridge the skills gap in Ethereum developers. 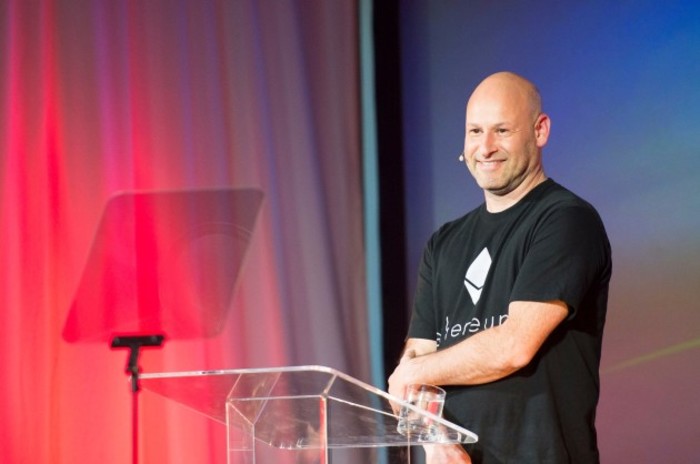 The Dublin move has come just a few months after the opening of the London office – ConsenSys also has a presence in Paris.

Kehoe is the managing director of the Dublin operation and former lead of Deloitte’s EMEA blockchain lab, where he oversaw the big four firm’s projects with clients like DNV GL, the world’s largest classification society.

“ConsenSys was aware of the blockchain activity going on in Dublin, whether that be the work that BNP Paribas has done out of Dublin, Fidelity, Mastercard, Citi and also Deloitte so they were aware that were was an up and coming blockchain scene, which is part of the overall tech scene here in Dublin,” he said.

“We will be the European solutions centre and delivery hub throughout the ConsenSys network in Europe.”

Joining Kehoe at ConsenSys is Eoin Connolly, another Deloitte alumni. He told Fora that ConsenSys was attracted to Dublin by the talent.

“There’s an ecosystem, there’s a lot of developers and international organisations here and it’s to draw from that pool,” said Connolly, who is technology director at the new office.

The firm is assembling a team which so far includes former Deloitte consultants and analysts John Hallahan and Niamh O’Connell, who worked on blockchain solutions in sectors like finance and automotive. 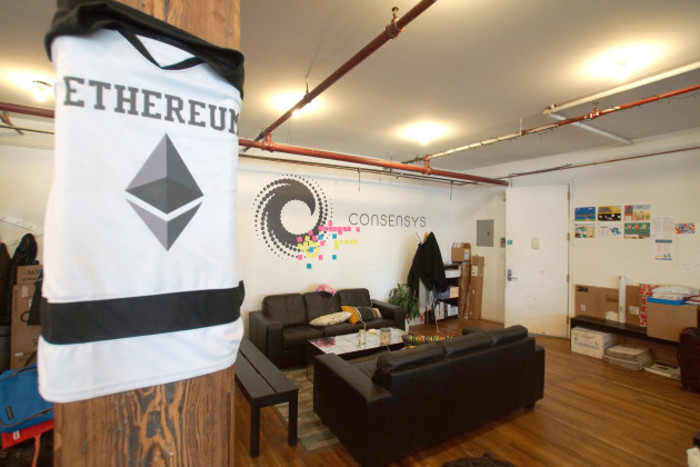 The Dublin hub will work with both Irish clients and international clients, in collaboration with the other offices.

This week, Kehoe held his first client workshop in Dublin with an Irish company in the aviation leasing sector, while the wider ConsenSys company has developed projects globally.

As well as the Dubai initiative, it is working with the World Wildlife Fund to build a blockchain-based fishing supply chain tracking system to cut down on illegal fishing.

ConsenSys is also gradually building a bigger presence in Europe and recently scored a tender with the European Commission to be its blockchain advisor.

The Commission is deep in discussions about how to regulate growing sectors like fintech, of which blockchain regulation will be a big part.

Kehoe highlighted his job will be to engage with regulators and governments that have put fast-moving technology such as bitcoin and blockchain under the microscope.

He added that the firm has already met with the Central Bank in Ireland.

“The ConsenSys approach is to engage regulators early and frequently throughout the projects we’re embarking so it’s not about creating a project, building a consortium, and alakazam then you tell the regulator after it’s built. That’s never the way to go.”

‘Not a short-term play’

Kehoe said that he is “super keen” to start working with Irish companies and the next step is spreading the word that the company is here and looking for clients.

He added that the firm is expected to be working with Irish clients within the next few months, though it will not be working on a typical consultancy model, but rather as partners.

“We will build the technology at a significantly reduced rate, if not for free, over the course of 12 months, but in return for that we would like an equity stake in the solution. That could be one potential way to go about it,” explained Kehoe.

“Number two, we could do a revenue share. We’ll build the solution with a group of entities or an entity and we will then look to have a revenue sharing model.”

This is an important part of how ConsenSys does business, he said, along with having a long-term view.

“This is not a short-term play. It’s a 10-year lease (on the office). This is not quick, get into Ireland, see if it works and we can get out quickly.

“It’s really invested in Ireland, the ecosystem and the talent pool and how Ireland can support London, Paris and Dubai with more European cities coming online.”