THERE IS A risk that flights between Ireland and the UK could be halted in March in the case of a hard Brexit, according to the State’s aviation regulator.

Michael McGrail, the chair-designate of the Irish Aviation Authority (IAA), today told an Oireachtas transport and tourism committee that there would be “immediate, practical issues from midnight” on 29 March if a deal wasn’t reached between the EU and UK.

“If there is a hard Brexit, the UK becomes a third country and therefore both the air traffic management and the air safety regulations that currently govern not only the UK but ourselves and the rest of Europe would fall away,” he said.

“Given the apparent impasse between the UK and the EU, a satisfactory withdrawal agreement, transition period and then future relationship is in doubt.

“Apart from the disruption for aviation and the travelling public, a hard Brexit would have a significant negative impact on our wider economy.”

Under the EU’s ‘Open Skies’ agreement, airlines operate within a single aviation market covering regulations relating to safety and other requirements.

However if the UK leaves the bloc on its scheduled exit date without an agreement in place, it will be forced to renegotiate deals both with EU countries and those outside the bloc that currently have bilateral arrangements in place.

In addition, Ireland and the UK jointly manage the ‘Shanwick’ airspace over the north Atlantic through which the vast majority of transatlantic flights operate. The countries also share the EU-ratified UK-Ireland ‘functional airspace’ bloc to cover their own skies.

McGrail agreed that these arrangements meant there was a “practical danger” that flights from the UK would halt in the case of a no-deal Brexit, although both the IAA and the government were working on “practical solutions” to that issue.

He said they were also “particularly aware of the importance of the UK” in the European aviation industry because firms like Airbus and Rolls Royce had substantial facilities in the country that supplied the sector with parts under passporting arrangements.

McGrail’s warnings echo those from a UK government notice earlier this week, when officials said in the case of a no-deal Brexit both UK and EU airlines would lose the automatic right to operate services between the regions.

The notice said the UK would unilaterally grant the right for EU airlines to operate from British airports and it hoped EU states would do the same as part of a “bare bones” deal to keep flights operating.

Irish transport officials have also previously warned that air traffic rights between the EU and UK could be disrupted if Britain left the single aviation market. 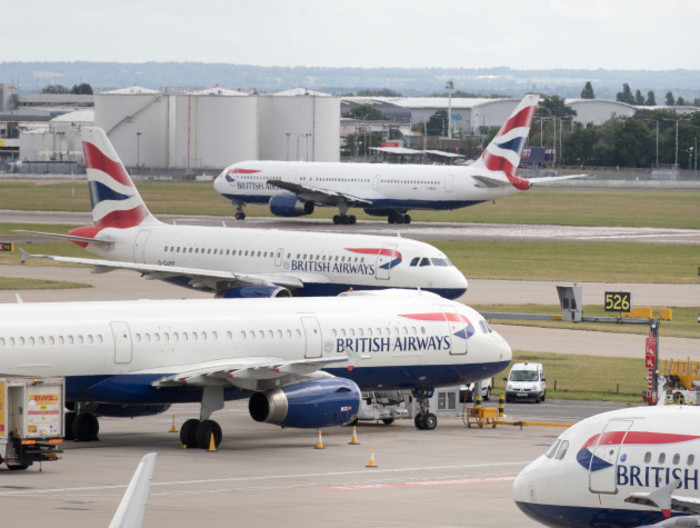 Separately, McGrail noted that Dublin Airport was running at near-capacity and the “timely development and optimal operation” of the new north runway was crucial for it to main competitive with other international hubs.

“Dublin Airport reached capacity levels this summer. There is an urgent need for the new north runway to be built to allow passenger levels to grow with passenger demand,” he said.

“The IAA has been successful in keeping passenger delays at Dublin to a minimum, but I cannot overstate the importance and the necessity of the new infrastructure.”

Dublin Airport’s new runway is due to be completed and operational by 2021, however airport operator DAA has warned that noise restrictions placed on the addition would hamper potential growth.