THE OWNERS OF the Ilac Shopping Centre are in talks with Henry Street retailers with the intention of turning the area into a late-night shopping district.

Hammerson, a UK-based firm which entered the Irish market in 2015, co-owns the Ilac Shopping Centre, Dundrum Town Centre and the Pavilions Shopping Centre in Swords.

In a recent development application to Dublin council, planning consultants for Hammerson said retailers in the Henry Street area should mimic Dundrum shopping centre and provide shoppers their evening fix of retail therapy.

The consultancy, Thornton O’Connor Town Planning, told the council that Dundrum Town Centre’s 9am to 9pm opening hours are “a key aspect in creating a night time dynamic” that has made the mall a destination for shoppers.

It said the owners of the Ilac centre “wish to apply the lessons learned from Dundrum and the social aspects of shopping on Grafton Street” to Henry Street on Dublin’s northside.

“(Hammerson has) had requests from food operators within the centre to facilitate opening until 9pm Monday-Friday,” the city council was told.

“In order to facilitate this, the retail units in the Ilac Centre will also need to open until 9pm. However, to be successful, ultimately, the entire Henry Street area will have to trade into the evening.”

The Ilac centre closes its doors at 6:30pm every weekday except for Thursdays and Fridays when it opens until 9pm and 7pm respectively. Other retailers in the Henry Street area also facilitate limited evening shopping, with most businesses closed by 7pm on weekdays.

Hammerson’s consultants said the property firm is in “preliminary discussions” with both Ilac tenants and other traders along Henry Street about extending the shopping centre’s opening hours to facilitate evening shopping.

It said the Ilac will use its relationships with business representative groups and other landlords and department store retailers in the area “to build the strategy for evening trading”.

A spokesman for Hammerson confirmed to Fora that the company is in the “early stages of considering extended trading hours” and has already held discussions with some stakeholders. 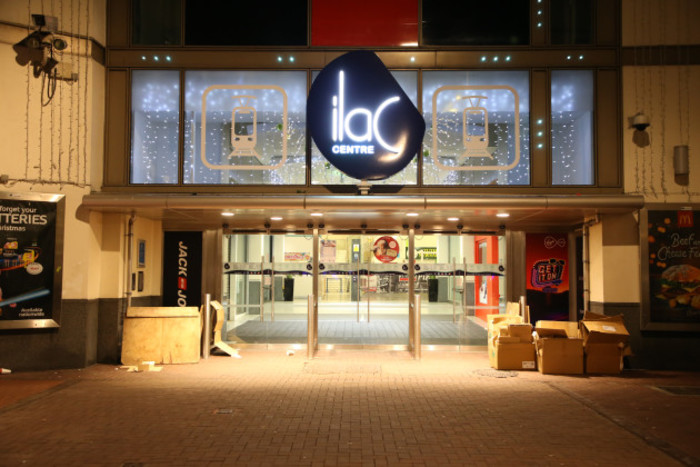 The comprehensive planning report, which included details of an evening shopping plan for Henry Street, was submitted to the council as part of Hammerson’s move to open more restaurants in the Ilac centre.

The property giant wants to open three new restaurants in the Ilac, ranging in size from 210 sq m to 309 sq m. It also plans to develop a larger unit to suit a high-end retail tenant and a new cafe unit.

Fast-food outlets like McDonald’s and Burger King currently operate in the Ilac, but Hammerson said it wants “higher-end restaurants in the centre with substantial seating”.

“It is considered that the food offering in the Ilac centre can contribute the same leisure experience to the Henry Street area that currently exists around Grafton Street and in Dundrum Town Centre as comparators,” Hammerson’s consultants told the council.

Hammerson’s plans for the Ilac match similar moves it has made at its other Irish properties, which involved sacrificing some retail units for new eateries.

At its Swords shopping centre, Hammerson has also spent €3.3 million on a new restaurant quarter, with burger chain Five Guys and pizzeria Milano among the new tenants.

Hammerson’s latest half-year results showed that footfall at its Irish portfolio was down by 3% in the first half of 2018. The drop in footfall was attributed to Ireland being “particularly badly hit” by Storm Emma in late February and early March.

The results also showed that net rental income from the company’s Irish portfolio stood at £20.2 million for the first six months of the year, a like-for-like increase of 4% on the previous year’s tally.