FINGAL COUNCIL HAS flagged several “concerns” about one of the country’s largest single residential projects being planned in a new suburb of west Dublin.

Plans for the large housing project were submitted for review to Fingal council by Garlandbrook Limited earlier this year.

The plan proposed the construction of 618 apartments, a creche and three retail units across 10 blocks in Hansfield, a new suburb in west Dublin. The accommodation blocks would range from three- to six-storeys in height.

The firm behind the development is owned by an Isle of Man-based outfit called Newpark Developments Limited, with former Dunnes Stores executive Liam McGreal listed as a director of Garlandbrook.

In response to Garlandbrook’s proposal, Fingal has noted several “concerns” and requested further information from the developer in relation to 18 issues in total.

Specific issues were highlighted about a number of apartments in the development which do not meet regulations contained in State guidelines for urban housing.

It recommended that the developer should either alter or justify the proposed apartment room sizes in the plans submitted.

The planning authority also said it has concerns about the creche facility and three commercial units in one of the development’s buildings. 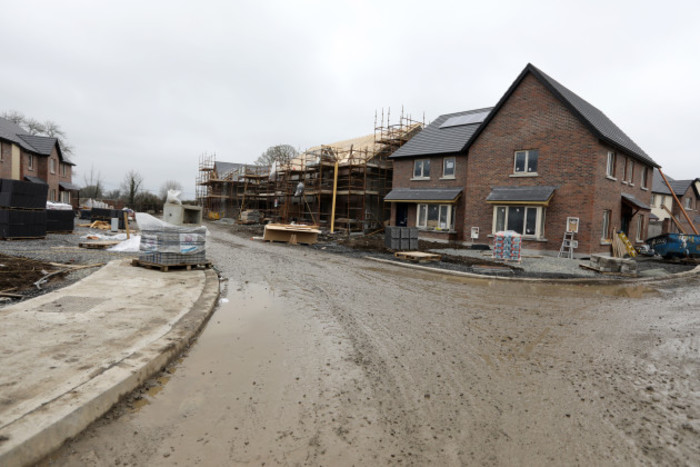 A housing scheme under construction nearby
Source: Eamonn Farrell/RollingNews.ie

It said there is a concern that the “landmark” facilities required as part of the scheme are “substandard in both design and external finishes, and as such do not help to achieve a suitable sense of place”.

“You are requested to submit a revised design for an appropriate landmark building(s) at this location,” the council stated.

The developer has also been requested to submit revised plans to address concerns around the separation between buildings in the development.

“It is not considered that the separation distances are adequate to prevent any undue overlooking and resultant loss of privacy to future residents.”

The residential development is being planned on a five-hectare site that is part of the Hansfield Strategic Development Zone. This has allowed the developer to avail of a fast-tracked planning process.

The ‘townlands of Hansfield’ area is based in Clonsilla and near the Dunboyne to Dublin rail line. 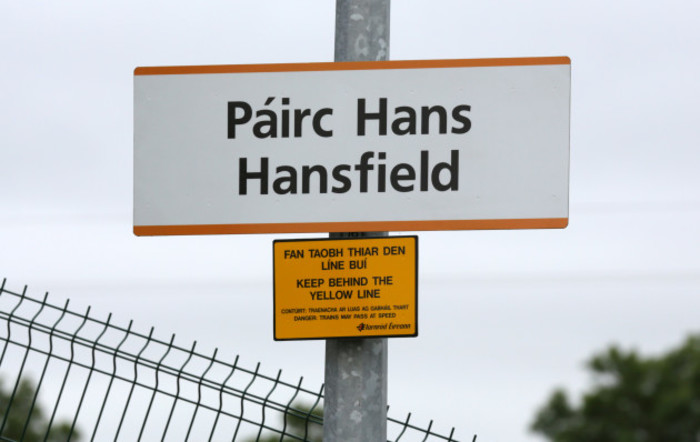 The first phase of the Hansfield homes scheme has already been completed by Garlandbrook and over 300 houses have been sold.

The latest part of the project, which will be made up exclusively of rental properties, will contain 513 two-bed units, 49 three-bed apartments and 56 one-bed units.

The plans have been lodged at a time when the Republic is suffering from an acute shortage of housing stock.

The housing crisis has been labelled the country’s “most pressing issue” and estimates show that supply annually is well short of the 30,000 to 50,000 homes required to address demand.

Earlier this year, hopeful homebuyers who wanted to buy a home in another new development in the Clonsilla area queued up for several days to seal the deal on a home in the new suburb.