INDEPENDENT BOOKMAKERS HACKETT’S has been placed into liquidation more than 50 years after its founders started the family-run business.

The company was once the country’s largest independent chain of betting outlets with 65 shops nationwide, more than 160 staff and turnover of over €130 million.

However it had since shrunk to only 18 outlets with revenues of less than one-quarter of the previous figure. It earlier sold 15 shops to betting giant Paddy Power and closed another 26 outlets in attempt to shore up its bottom line.

In a statement today, managing director John Hackett said it was “with very deep regret” that the company’s owners had decided to put the firm into liquidation.

He listed a string of reasons why the business had struggled, including the reduced role of retail betting in the market, competition from online and mobile operators, the flat-rate betting tax on turnover and the downturn after 2008.

“On a very sad day for the Hackett family, the directors would like to thank their staff, suppliers and customers for many years of loyal service and business,” Hackett said. 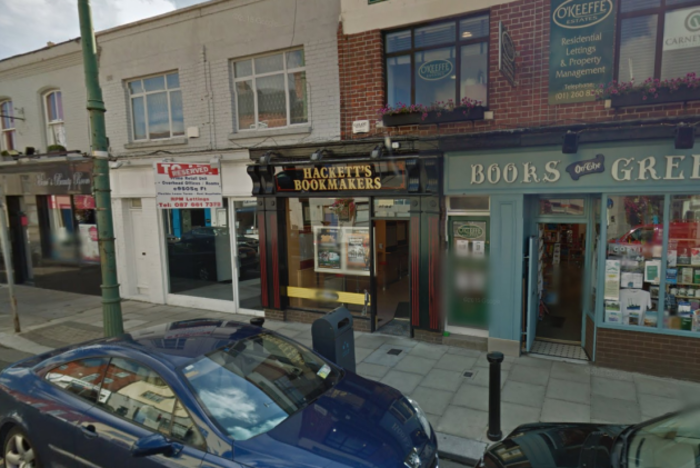 The company was founded by Cyril and Monica Hackett more than half a century ago. Monica Hackett, now 73, remains a director of the firm that was put into liquidation, Davisdorf. No accounts are publicly available for the company due to its unlimited share structure.

The Irish bookmakers’ industry estimates 500 betting shops have closed since the Celtic Tiger bubble burst with the majority coming from smaller, independent operators.

All Hacketts’ 18 betting shops will be closed until further notice with Declan McDonald and Ken Tyrrell of PwC appointed joint provisional liquidators. A deal has been struck for Paddy Power to honour all outstanding bets from the bookmakers.