GOOGLE HAS MOVED to further increase its footprint in the capital with the planned acquisition of two offices with space for an estimated 700 workers.

The deal with property investment firm Kennedy Wilson follows two bumper agreements earlier this year, including a €300 million deal to acquire the Bolands Quay site near its existing European headquarters in Dublin’s docklands.

The Competition and Consumer Protection Commission (CCPC) was recently notified of the latest deal to acquire South Bank House and the Warehouse on Barrow Street.

The CCPC will now run the rule over the sale before approving or blocking the sale. No financial details for the proposed purchase has been disclosed.

Commercial property sources told Fora that the buildings could likely house more than 700 staff. Google already has around 8,000 workers in Ireland including both employees and third-party contractors.

However it’s not clear if the tech company as any immediate plans to further increase its footprint with the new the offices as the current tenant, law firm Mason Hayes & Curran, said it was locked into a long-term lease.

The law firm moved into the complex in 2006 and has since expanded to occupy both buildings that are subject to the Google deal.

A spokeswoman for Mason Hayes & Curran said: “This potential new transaction is between the landlord and Google and does not impact us as we have the benefit of long-terms leases, which are not affected by any change in landlord.”

She said she would not confirm the length of the lease as the details were “commercially sensitive”. A spokesperson for Google said the firm had no comment to make on the matter as the deal was yet to be finalised. 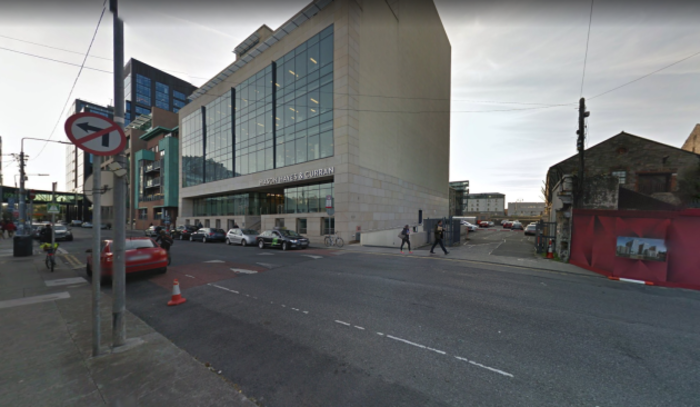 The Barrow Street office deal comes less than six months after Google agreed to buy the entire Bolands Quay development, which will feature three new buildings of around 50m in height. The complex will have space for up to 2,500 staff.

Google also agreed to lease 5,388 sq m over six floors at One Grand Canal Quay, which is owned by billionaire Denis O’Brien and is situated beside the Bolands Quay site.

According to recent planning documents filed with Dublin council, the firm has also applied to convert a small ground floor retail unit on Barrow Street into office space.

The company’s existing workforce is already spread across several locations in the city’s docklands and the Sandyford business district in south Dublin.