GOLDEN DISCS IS launching an international online store to sell Irish music to the US market and beyond after spotting a gap in the market.

The company reinvented itself by tapping into the growing rebirth of vinyl and reported a profit of €192,000 last year.

It is now looking to expanding internationally by launching an Irish music platform next month after the company received several inquiries through its website, according to Stephen Fitzgerald, the company’s chief executive.

Fitzgerald  - who has run the family-owned retailer chain since taking over from his father Jack – said that at the moment it is hard to quantify how much the US market will be worth to the company but it is one of the largest for the company to enter.

“It won’t be just for the Irish diaspora – there is demand for Irish product from all corners of the world,” Fitzgerald said.

He plans to sell both traditional and contemporary Irish music on the website. 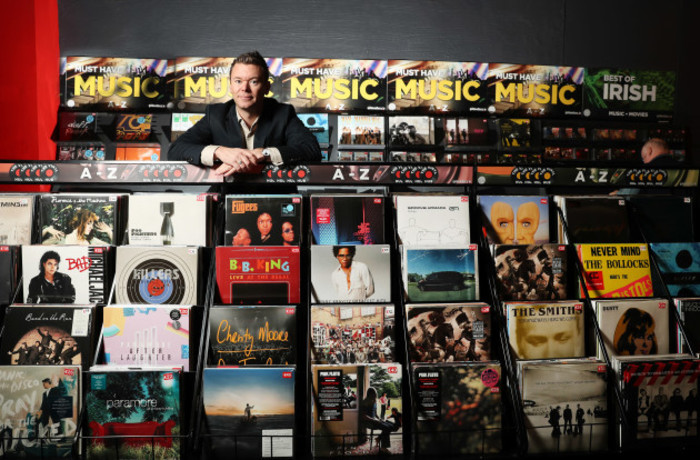 It is one of the many projects the company is working on – having also started pressing their own vinyl compilations under the banner “Golden Discs Presents …” earlier this year with Dublin Vinyl.

So far the compilations are a mix of rock and roll and classic rock and roll but Fitzgerald said they will create more contemporary albums.

Vinyl is here to stay

According to Fitzgerald vinyl is “very much back and very much a core part of what we do”.

“There’s no denying the convenience of streaming services and the technology now that you have in your pocket – it’s fantastic. So a lot of people, they want to own their own music and they want something tangible that they can feel, I guess similar to a book,” he said.