AN IRISH SUBSIDIARY of US biopharma giant Gilead Sciences paid no tax for years despite recording billions of euro in profits.

Company filings show that one of the firms’s main Irish subsidiaries had revenues of $2 billion in 2012 and made a full-year profit of $1.3 billion but paid nothing to the Irish exchequer as the firm was tax resident in the Bahamas – where zero corporate taxes apply.

At the end of the year, after which the entity’s finances are not publicly accessible, the Irish subsidiary had accumulated profits of just under $7 billion.

The company also transferred the ownership of one of its most valuable money-makers, which it acquired for $11 billion, to a separate Irish subsidiary.

Gilead is one of the largest biopharmaceutical companies in the world, with annual revenues running into the tens of billions of dollars.

The firm is best known for its Sovaldi drug, for which it has attracted controversy over the high prices some patients are charged for the treatment.

The medicine has proven extremely effective in treating hepatitis C, a condition that can destroy the liver. As many as 150 million people worldwide are thought to be chronic sufferers.

Gilead charges US patients over $80,000 for a 12-week course of the drug. This price does not apply everywhere as Gilead sells the same medication in Egypt for just $900. It is estimated that the a 12-week course of Sovaldi costs the Irish state about €45,000 per patient.

Over the years, Gilead has faced complaints over the pricing of various medications, attracting public protests in the US. 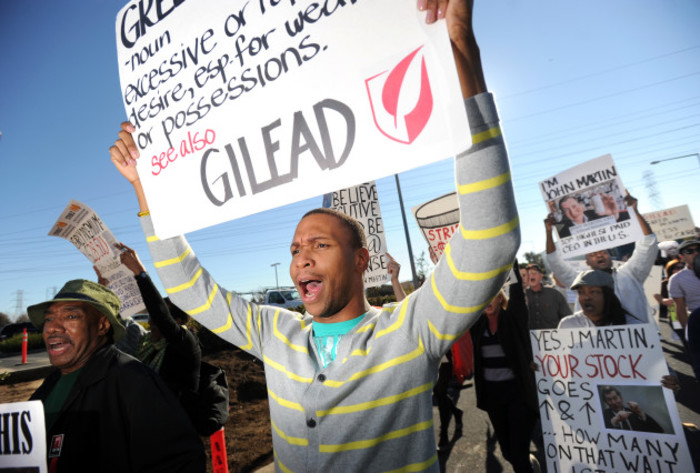 A US protest over the price of Gilead's AIDS medication in 2012
Source: Noah Berger/Press Association Images

Sovaldi, as well as Harvoni, another drug used to treat hepatitis C, was created by a firm called Pharmasset, which Gilead acquired in 2012 at a cost of $11 billion.

At the time it was seen as a risky move, and many analysts thought that Gilead had overpaid. The hep-C medication was not fully developed yet, and it was 2013 before Gilead was able to take Sovaldi to market.

It is estimated that it costs Gilead about $150 to manufacture a 12-week course of Sovaldi, although the firm also incurs other costs. The company’s product gross margin for 2015 was 88%.

US advocacy group Americans for Tax Fairness recently produced a report on the company’s activities, claiming that the firm was “funnelling” money through Ireland.

Many of Gilead’s Irish subsidiaries are unlimited companies, meaning that they do not have to publicly file accounts. However, the years for which accounts are available do show that Gilead has siphoned significant money through its Irish operations.

Gilead has about half a dozen Irish offshoots listed in one of its ‘registrar of subsidiaries’ filings to the US Securities and Exchange Commission. One firm, Gilead Science Ireland UC, appears to be the pharma giant’s main operational arm in Ireland.

However, Gilead also has another Irish subsidiary, Gilead Biopharmaceutics Ireland, through which a huge amount of money was moved.

Gilead Biopharma was set up at the end of 1999 and did not engage in any substantial trading for years, with no significant assets as of May 2004.

But after the group was reorganised in 2004, the company began to trade, reporting revenues of almost $640 million with 532 employees on its books. By 2006, although the company had no listed employees, it had sales of $634 million and made a $395 million profit.

A note in the directors’ report said that the company’s sales “are derived from royalties and licences granted to other group companies to use the company’s intellectual property”.

It also said that Gilead Biopharma “is a non-resident Irish incorporated entity which holds certain intellectual property rights to use, develop, exploit and enjoy pharmaceutical technology”.

The company’s setup appears to be similar to those used by many other multinationals as part of a so-called ‘double Irish’ structure.

Previously under Irish law, authorities only recognised a firm as ‘tax resident’ in Ireland – and therefore under obligation to pay tax to the Irish state – if its main centre of business is in Ireland.

Typically as part of the ‘double Irish’, a company would set up one Irish company registered in Ireland but tax resident elsewhere, usually in a country with low corporate tax such as the Bahamas.

As part of the 2015 budget, this loophole was closed, and now companies incorporated in Ireland are automatically resident in Ireland for tax purposes.

However, companies already using the arrangement before the start of 2015 have been granted a ‘phasing-out period’, which ends in 2020, to allow them to restructure their tax affairs.

Gilead Biopharma notes in its accounts that its turnover relates to royalties from other group companies relating to the use of its intellectual property.  It also notes that it has taken advantage of an exemption not to disclose transactions with other group undertakings.

However, Gilead’s other main Irish company, Gilead Sciences Ireland, made a gross profit of $2.2 billion in 2012, but saw the bulk of this wiped out after it paid out $2.1 billion in “administrative expenses” during the year. Gilead Biopharma had revenues of $2.1 billion in 2012.

Biopharma’s revenues and Sciences’ administrative expenses are almost exactly on a par for several years prior. Sciences’ income of $3 billion during 2012 was derived from Germany, France, Spain, and other eurozone countries, with just $35 million attributed to Ireland. 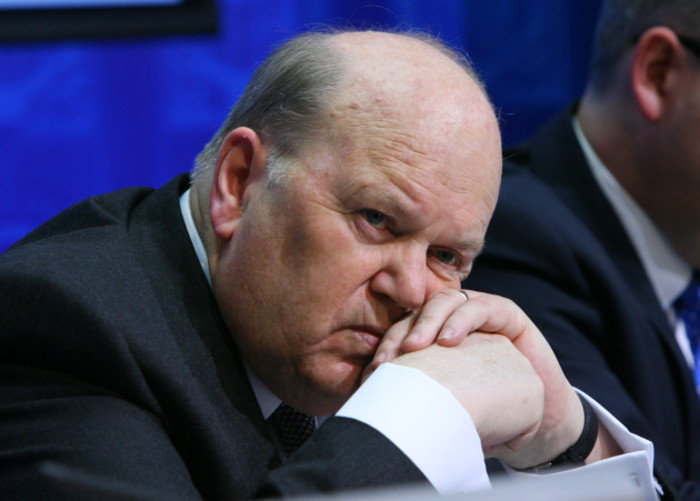 Gilead Biopharma continued to record large profits after 2006 and had accumulated profits of $6.9 billion by the end of 2012, even after it paid out a $195 million dividend.

However, the company paid no Irish tax on the profits as it was tax resident in the Bahamas, which does not tax corporate profits.

Gilead also transferred ownership of Pharmasset, which developed the hep-C drugs, to an Irish subsidiary after paying just under $11 billion for the firm.

“Pursuant to a contribution agreement the company contributed its interest in Pharmasset to Gilead Ireland Research. The value of these shares at the date of the contribution was $10.7 billion,” its accounts said.

However, 2011 records for Gilead Ireland Research do not say whether the company took ownership of any assets, such as the IP for Sovaldi.

In 2013 the Wall Street Journal quoted Gilead chief financial officer Robin Washington, speaking on an earnings call, as saying that the intellectual property (IP) for the company’s hepatitis-C compound “is domiciled in Ireland”.

Under this setup – with the IP for one of its most valuable drugs in Ireland – many of Gilead’s other subsidiaries would likely have to pay the Irish company royalties for the rights to produce the drug.

Any resulting sales would only incur taxes via the Irish company, rather than through the US parent at that country’s tax rate of 35%.

However, both Gilead Ireland Research and Gilead Biopharma stopped filing records after 2012. This is because both companies were changed to an ‘unlimited’ status, which means they are not required to publicly file their accounts.

Nevertheless, the accounts seem to support the claim that Gilead was storing much of its offshore profits in Ireland – at least until 2012.

According to Gilead’s US filings, the company had about $7.25 billion in ‘unremitted foreign earnings’ at the end of 2012, marginally more than the accumulated profits held by Gilead Biopharma Ireland. 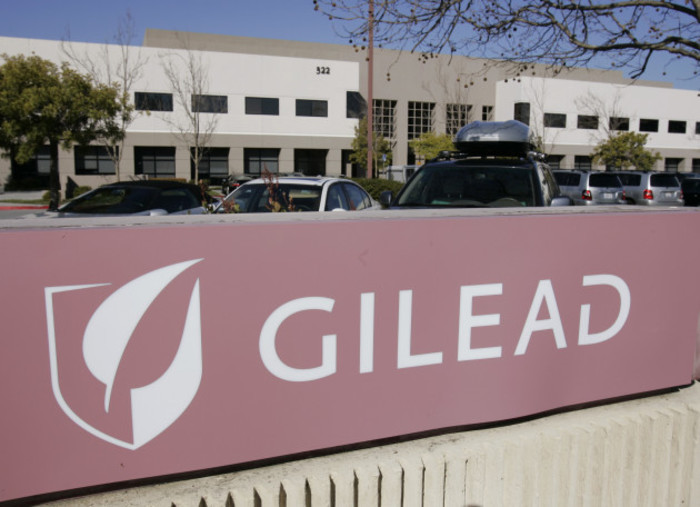 Unremitted foreign earnings often refers to money held abroad by US companies. The money is held overseas, meaning that it is not taxed in the US unless the company attempts to ‘repatriate’ the funds to its home country.

Until the end of 2012, the company’s unremitted foreign earnings increased roughly in line with the accumulated profits of Gilead Biopharma Ireland.

As of the end of 2015 Gilead’s total unremitted foreign earnings had shot up to $28.5 billion. However, as Gilead Biopharma, the Irish offshoot, went unlimited in 2012, it is unknown how much, if any, of the group’s profits were retained in the Republic.

Gilead declined to comment on the activities of its Irish companies when contacted by Fora.

Meanwhile, the HSE confirmed that Gilead is its only supplier of Sovaldi. It said that during 2015 it received 486 applications from hospitals to be reimbursed for Sovaldi, of which 348 were processed.

Asked why countries such as Egypt pay a lower price than Ireland for Sovaldi, the HSE said that Egypt “has the highest prevalence of hepatitis C in the world, with 15% of their population of 82 million being infected. Ireland has approximately 30,000 persons infected”.

It added: “The national hepatitis-C treatment programme is working to improve the procurement and reimbursement terms with a view to achieving improved value for money and consequently allow more patients access to treatment.”

The Irish Haemophilia Society recently called for the government to expand its treatment programmes for the condition.