DUBLIN-BASED FRUIT SUPPLIER Fyffes is set to be taken over by Japanese company Sumitomo in a deal worth just over €750 million.

The two companies this morning announced they had agreed a cash offer for the sale, which represented a near-50% premium on Fyffes’ current value.

Fyffes, known for its distinctive blue label, is the world’s biggest banana importer, and is also one of the biggest suppliers of pineapples and melons worldwide.

Its main markets are in Europe and the United States, and last year it recorded revenue of more than €1.2 billion for a net profit of €27.5 million. The deal would bring together the two largest banana distributors in Europe and Asia.

Fyffes had been involved in long-running merger talks with US firm Chiquita Brands, a deal which would have created a $1 billion entity, however that deal evaporated after two Brazilian outfits instead negotiated a sale with the North American company.

128-year-old Fyffes was original established in the UK, however it became an Irish firm in the mid-1980s when local firm Fruit Importers of Ireland (FII) took over and assumed the British company’s name.

FII had its roots in a family grocery business set up by current Fyffes chairman David McCann’s grandfather in the early 1900s. 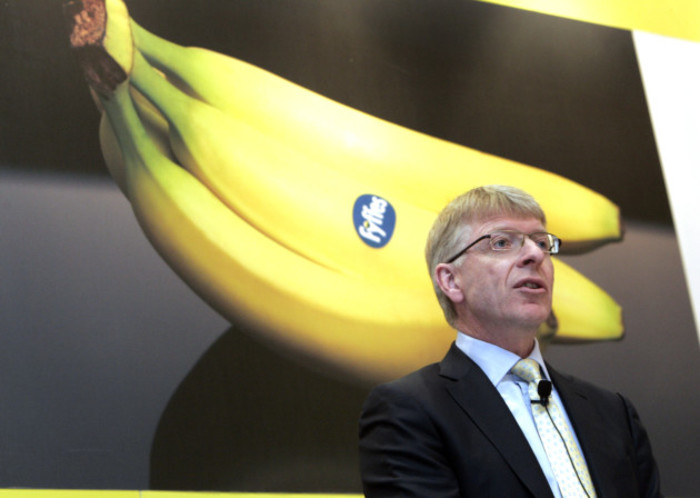 In a briefing note this morning, Goodbody analyst Patrick Hughes noted the deal already had near-30% support from shareholders and it was expected to go ahead smoothly.

“The offer from Sumitomo represents a compelling premium which realises a lot of (Fyffes) future potential. Fyffes will benefit from the greater scale, reach and resources of a much larger group,” he said.

Its subsidiaries span industries from financial services to natural resources, media and logistics, with a global workforce of more than 65,000.

The company has been involved in the banana industry since the 1960s and is a market leader in Asia, with interests in both plantations and distribution. It is responsible for about 30% of banana imports into Japan.

The takeover still needs to be cleared by shareholders and the High Court. It is expected to close in early 2017.

Note: This article has been updated to include further background information.