A COFFEE COMPANY in Galway is among the first batch of small businesses to close a crowdfunding round through Irish online lender Flender.

The Galway Roast, which is based in Tuam, used the platform to raise €25,000 to help bankroll the launch of its fifth café. The new location has not yet been announced.

Dublin-based startup Flender was itself financed through crowdfunding. In January of this year, the young company hit its £500,000 target through a public offering on UK equity crowdfunding platform Seedrs. More than 250 investors took part.

Wexford-based IntelliClean raised €12,400 to pay for equipment and stock as it looks to commercialise its non-toxic disinfectant product.

Lingerie shop Change in the Pavillion Shopping Centre in Swords raised €11,000 to help with inventory, while carpentry firm Quality Roofers raised €2,650 to pay for tools.

Fronted by Oli Cavanagh and Kristijan Koik, Flender launched its peer-to-peer lending service in the UK and Ireland earlier this year.

As well as offering a crowdfunding service for SMEs, its product also caters for the informal lending market between friends, family and acquaintances.

It allows businesses and individuals to borrow and lend money at a preferred interest rate from 0% upwards.

Flender makes its money by charging a margin based on the size of the loan and repayment schedule. The average rate for consumers is 2% and 3.5% for businesses. 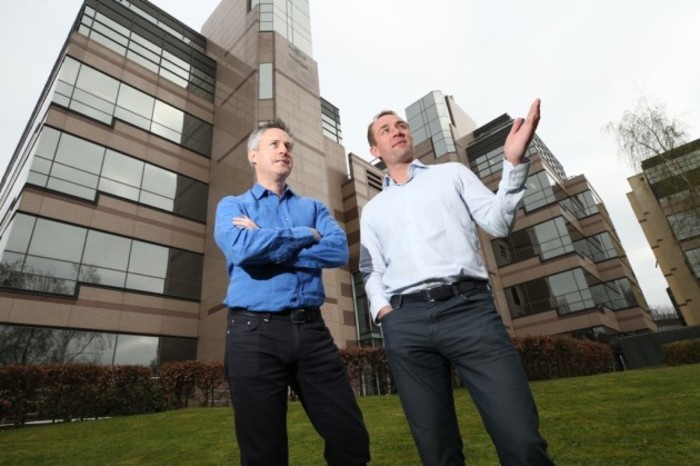 The startup recently received full authorisation from the UK’s financial regulator to operate its service in the country. It had already obtained a credit licence to trade in Britain.

Last week, it announced that it will be offering the option to UK investors to invest in a tax-free Innovative Finance ISA. Lenders can back companies for up to £20,000 each year without having to pay income tax or capital gains tax on the interest.

As well as raising £500,000 through crowdfunding, Flender last year raised €350,000 from a number of angel investors including Mark Roden of mobile top-up firm Ding.

In an interview with Fora last year, Oli Cavanagh said the startup’s platform was built with “geographic scaling in mind”.

“We built it to grow up to be multi-country, multi-currency which is unusual for a peer-to-peer lender,” he said at the time. The company said it would look towards the Nordic countries after its rollout in Britain and Ireland.