A FRENCH PHARMACEUTICAL company is shifting its legal domicile to Ireland as it looks to lower its tax bill.

Flamel Technologies, which is listed on the Nasdaq stock exchange, has announced that it received shareholder approval to reincorporate its country of domicile to Ireland from France via a cross-border merger. A company’s domicile is where it is officially based for tax purposes.

Flamel will merge with one of its wholly owned subsidiaries, Avadel Pharmaceuticals Limited.

After the merger, Avadel will re-register as an Irish public limited company and will be known as ‘Avadel Pharmaceuticals plc’. The company expects that this will be effective on 1 January 2017.

Flamel chief executive Mike Anderson said that company has shifted its approach to be that of a ”diversified specialty pharmaceutical company capable of independently developing and marketing its own products”.

He added: “Ireland is an ideal location to execute this vision as it is quickly becoming a global pharma hub and offers corporate governance policies more akin to those in the US”.

The company’s chief financial officer, Mike Kanan, also previously cited Ireland’s corporate tax regime as a reason to relocate its domicile to the country. In a conference call with analysts earlier this year, he said that the company’s effective tax rate was 48% in 2015.

“We are obviously not satisfied with this rate and we are exploring a number of options to reduce it,” he said at the time.

“While we are restricted in the short-term to meaningfully reduce our tax rate, some of our planned projects in 2016 will help. For example, we plan to seek shareholder approval to re-incorporate Ireland from France during 2016.”

Several large pharma companies have either shifted their assets, domicile or headquarters to Ireland in recent years.

One of the most high-profile examples was US giant Medtronic, now the fifth-biggest business in Ireland by turnover and the largest corporate taxpayer, which moved its international headquarters to the Republic at the start of 2015. 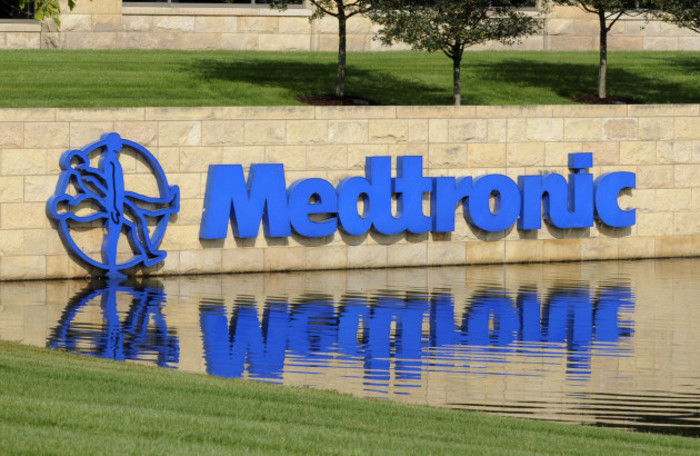 In 2014. Flamel also moved its intangible assets, including patents on its drug-delivery platforms, to Ireland from France, which resulted in a one-time $14 million payment to the French authorities.

Anderson said at the time that the firm was moving the assets for “operational reasons”.

The firm, set up in 1990 and based in Lyon, produces and sells a number of different drugs, such as Bloxiverz, which reverses the effects of muscular relaxants.

In its most recent financial quarter to the end of June, the company reported revenues of just under $39 million compared to $48.6 million during the same period last year.

Its earnings before deductions were $10 million, however it made a net loss of just under $1 million.