FACEBOOK ANNOUNCED YESTERDAY that it will no longer book international advertising turnover through its Dublin headquarters.

Instead, it will route sales through the countries where the sales occur and pay tax there.

Facebook is the first of the online behemoths to bow down to pressure from world leaders and activists calling for more clarity on how Silicon Valley giants handle their business and tax affairs.

Its chief financial officer, Dave Wehner, said the move to a so-called ‘local-selling structure’ “will provide more transparency to governments and policy makers around the world”.

But what does it mean for Ireland? Here’s what you need to know:

A combination of threats to change international tax laws and a potential PR fallout has prompted the social media colossus to rejig its model.

Taoiseach Leo Varadkar has said that “more taxes and regulation” isn’t the answer to criticism rallied against the practice of registering advertising revenue through Dublin.

However, a number of global leaders, including French president Emmanuel Macron, have been pushing for a major overhaul of global tax rules. 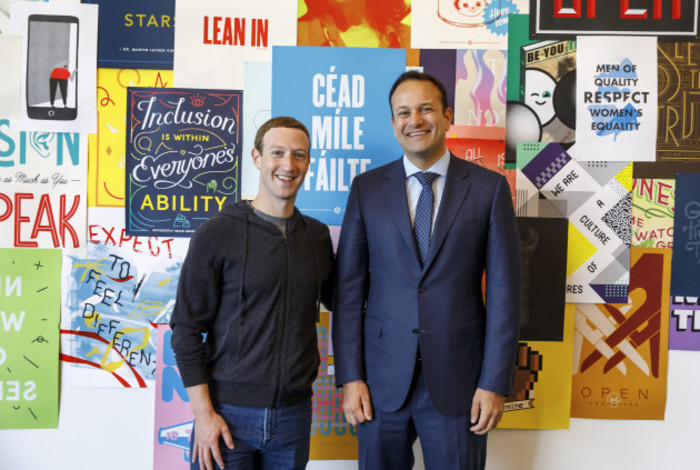 While the European Union is looking at ways to impose more tax on tech companies in the short-term, the OECD is considering more significant changes to tax rules.

Meanwhile, public acceptance of how multinationals handle their tax affairs has reached breaking point, particularly after the Paradise Papers disclosures.

It looks like Facebook is revising its model in an effort to get ahead of the curve before any future changes are implemented and before public opinion completely sours.

What will happen to future Facebook tax in Ireland?

It’s largely accepted that the taxman won’t lose much from the new measure.

Yes, Facebook will book less sales in Ireland, but that only applies to the 28 countries where it currently has local offices. It appears the rest of its international business will continue to come through Dublin.

What does the whole thing mean for us?

Now that Facebook has offered more transparency around its tax affairs, it has been widely reported that other giants with Irish bases – Google, Apple, Amazon and so on – will be under pressure to follow suit.

Facebook’s decision shows which horse it’s backing in the pushback against multinational taxes: it believes that a big change is on the way, which could hamper Ireland’s efforts to attract future foreign investment.

If an EU plan to develop a common corporate tax base comes to pass, for example, Ireland will have to find other factors to win overseas business that has helped bolster the economy and generate employment.