A SCHEME TO help struggling companies get back on their feet has not been used once despite being in place for more than a year and a half, Fora has learned.

A process called a ‘scheme of arrangement’ was introduced when the Companies Act 2014 came into force on in June 2015.

This process was meant to work similarly to examinership, but with a few key differences that were billed as making it more attractive for struggling SMEs.

As previously explained by Fora, examinership is a practice that is used by insolvent businesses that cannot pay their debts.

Firms that prove they have a realistic chance of overcoming insolvency and getting back on track can get permission from the High Court to enter examinership and get 100 days’ protection from creditors.

The move temporarily stops assets being seized and protects the company from being wound up. A scheme of arrangement works in a similar way, but with some important distinctions.

David Van Dessel, a partner restructuring services at Deloitte and an insolvency expert, said the scheme was an insolvency procedure that was part of the Companies Act since 1963 – but it “never really got used”.

“The government tweaked it in the hope of making it more appealing, but it hasn’t worked,” he said.

The major change to the scheme was that the state, as a creditor, was allowed to engage in the process. In most insolvency cases, the taxman is owed significant sums for unpaid VAT and corporate taxes, for example.

“For most company sales made on 1 January, the accounting doesn’t happen until March, so even the most compliant businesses will likely have a tax liability,” Van Dessel said.

He added: “Now you can strike a deal with Revenue within this insolvency process.

“Outside of this process the only thing open to you is renegotiate when you pay your tax. In this, you could make payment proposals that could involve a write-off.”

The practice has some other major differences with examinership. Crucially, the company only has to make one court appearance to get the agreement signed off by a judge.

This cuts down on expensive court dates that can often see the cost of examinership spiral. 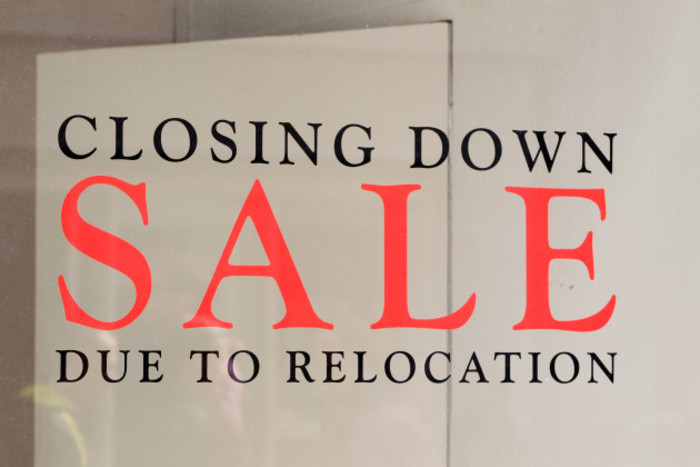 Despite the fact that the scheme could potentially be used to prevent companies going out of business, it has never been used.

Deloitte compiles statistics on the number of insolvencies that take place every quarter, and Van Dessel said that he has never seen the scheme successfully implemented.

Fora also checked with the Courts Service of Ireland, which said that a scheme of arrangement has not been used since its introduction in the 2014 act.

“I have yet to meet anyone who has even attempted it and I doubt there is much activity in this area,” Van Dessel said, adding that a lack of awareness from non-specialist practitioners may be a factor.

A central issue with the small number of businesses going through insolvency processes is the lack of people willing to invest in struggling companies – a key requirement for many firms to exit the process.

Another problem is that many entrepreneurs have a ‘do-it-yourself’ mindset, where they try to fix problems with the business by trading out of them and leave it too late to call in outside help.

“When they run out of money, as they nearly always do, that is when they call in outsiders.”

Van Dessel said that companies should seek help earlier and make sure they get their advice from specialists who are aware of all insolvency options.

He also said that the scheme of arrangement could be improved by lowering the level of creditor agreement needed to proceed with the process.

“Given that the scheme is validated by an independent judge in the same way as examinership, I would say, why does it need to be at a higher level? I think that is questionable.”