DURING THE CELTIC Tiger, Ireland’s banks famously gave loans to anything with a bank account and a pulse.

Ernest Cantillon’s father knew that this represented a great opportunity. He also knew it couldn’t last, so when his 22-year-old son came to him asking whether he should buy part of a pub, he said no. He told his son to buy a whole pub instead.

It was a big step for the young Cantillon. After finishing college, he had started training as a chef before leaving the trade to help convert an old butcher’s into a pub in his native Cork.

With Cantillon running the show as manager, things went well – and soon the pub’s owner asked him if he wanted to buy a stake in the business.

“The banks were lending to anyone, (but) I was 22 and the main reason that the banks came on board was the personal guarantee from my dad.

“That was the big hook for them, and it was a big incentive for me to make it work because he had taken a vote of confidence in me.”

With his father’s backing, Cantillon managed to borrow €1.5 million to buy a Cork pub which he re-opened in 2006 under a new name, Sober Lane.

Looking back he admits it was a bold move that was partly fuelled by naivety, however he also contends that it paid dividends.

“If it went wrong, it would have been the end of the world. Back then I had nothing to lose so I was probably a bit ballsy, but now I would be terrified of something that size,” he says.

“I could’ve taken the partnership and worked away and only been looking for my own place now at 35. I was very lucky, because it meant that I got on my feet when I was very young.” 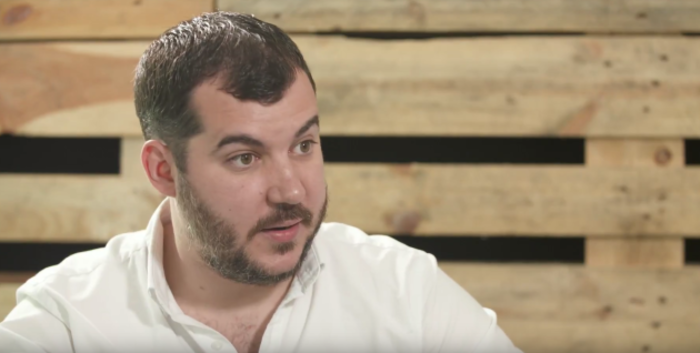 Although it opened just before the economy tanked, Sober Lane managed to ride out the recession largely unscathed as it wasn’t beholden to an old way of doing things or a high cost base.

The business traded solidly throughout the financial crisis, and when a nearby building came up for sale, Cantillon got funding from the banks to buy it and establish a new bar and restaurant.

In 2011 Electric Bar and Fish Restaurant opened in Cork city centre, a more upmarket offering to complement Sober Lane. Again the business performed well, leading Cantillon to turn his attention to the capital.

In 2013 he found a spot in Irishtown, Dublin 4, where he decided to open up a Dublin branch of Sober Lane, which quickly gained international attention.

One of the ways that Cantillon set Sober Lane apart when he first opened it in Cork was through quirky promotions, for example by accepting HMV store vouchers from customers when the entertainment chain closed its doors.

He decided to chance his arm again when opening in Dublin and said that the new pub would only accept staff applications through Snapchat.

The story went global, being picked up by international media such as Time magazine. However, Cantillon says the stunt may have repelled some of the pub’s potential customers.

“The Snapchat job applications were a nightmare. We had lots of staff that were amazing at juggling, but not so good at serving pints,” he says.

“We made it a bit hard for ourselves. The promotion made us seem a bit hipster, (but) it was a fairly elderly population in that area of Dublin.

“It took us a few months to realise that we would have been better spending the time and money connecting with the locals. While it was lovely to be in Time magazine, did it attract any punters to the door? I don’t know. Did it connect with people in Dublin? No.”

Sober Lane Dublin ended up closing its doors about two years after it first opened, with Cantillon blaming a mix of increased competition and his own weariness in travelling between the state’s two largest cities.

“The competition got pretty tough and I got sick of the commute. I was running a nightclub in Cork at the time and finishing work at 3 in the morning and getting the train to Dublin at 6, and in the middle of that I got married. I said, ‘Feck it’.”

Kinsale Gin was launched just over a year ago by Cantillon, Cork publican Tom O’Riordan and his sister Clodagh O’Riordan.

“We made 100 bottles in our first batch, and we’re now at 5,000. We’re keeping it nice and steady. We’re mad to open a business centre in Kinsale, but we need to have the gin sales to pay for it,” Cantillon says.

He has also established an events business which is planning to hold a ‘Burger Festival’, with more than 300 venues in Ireland taking part.

Alongside the successes, Cantillon has also had a few ideas that have tanked. A social media venture called Wotbox fell by the wayside, as did a recruitment company that was focused on addressing the shortage of chefs.

“I have no problem taking a punt on things and then reversing out of them. Because we have other businesses, we can move staff around. If the recruitment business isn’t working, we can just retrain them,” he says.

While Cantillon says that his two new projects have serious potential for growth, the pubs and restaurants are where most of the money is coming from for now.

“The group turnover is around €5 million a year, although Christmas will determine if we’re over or under,” he says.

“All four businesses are profitable and most of the money comes from the bars and restaurants.”

Sober Lane and the Electric Bar and Fish Restaurant employ about 90 people between them, while another 10 or so move across Cantillon’s other companies.

Although the two bars are located just across the road from each other in Cork city centre, they cater to very different clientele.

“Sober Lane is very student-focused in its price point. You would get people there who are 18 having pizzas and beers, it’s very casual,” Cantillon says.

“Whereas in Electric, while you might get younger people there on a date, it tends to attract older people and it’s more expensive.”

With pubs springing up across Cork as the economy recovers, Cantillon has had to look at a few novel ways to make his establishments stand out.

“Sunday is a tough day for pubs, (but for us) it’s our busiest night of the week. We do a ‘flip a coin’, where if you buy a drink you have the chance to win the same one again for free if you win the toss,” he says.

“We take a hit on our margin, but the place would be like a nightclub – we often get 250 people.”

“One of our biggest differences in Sober Lane is the chicken goujons; when you order them we take a chicken breast from scratch to make it and it’s delicious.”

While the firm has got some big wins as a result of social media – pop star Ellie Goulding played a private gig at the venue after the pub won an online vote – Cantillon says that simpler stuff like the food is what gets customers coming back.

Cantillon has stepped back from both Sober Lane and Electric: the two venues have management teams in place looking after the day-to-day management with the owner dipping in and out.

He is now concentrating on growing his other businesses but is wary of a repeat of Sober Lane Dublin. The focus is on ventures like Kinsale Gin, which can be easily scaled up or down, rather than a new pub or restaurant which needs a big cash injection up front.

“I’m happy to take a punt on new things, but I would be wary of doing anything with a big risk. Sober Lane Dublin was very expensive, whereas to do something like expanding the gin into the UK is very scaleable, we can grow organically,” he says.

“If the burger festival works then we have six other festivals that we could do. (With Kinsale), an Irish gin brand needs to be in America. Denver is probably where we will launch in the US.”

Cantillon is also involved with several not-for-profits, such as serving on the board of the Cork Simon Community, and is juggling all this with a new arrival in the house, his nine-month-old son.

So while there are plenty of possibilities, they will have to fit in around family life.

“I get a great kick out of the not-for-profit stuff, so that will probably take up a big chunk of next year,” he says.

“I’ll probably take off lots of time to be a dad. It’s a nice and flexible lifestyle, and I’ve room to expand without massive commitment. Something new needs to be compatible with the flexible way I have of working.”