Last month, ex-McDonalds managing director Crean took over from Niall Fortune, founder of the Rocket Restaurants Group, which runs 51 outlets – a mix of franchise and company owned – mostly in Ireland.

In October last year, the company opened its first restaurant outside of Ireland – in a Center Parcs in Germany – and it’s planning a significant expansion there in the next few years.

“We will be opening up our second in Germany later on this year around October, which will be in Leipzig, in the Hauptbahnhof which is the main train station,” said Crean, speaking to Fora.

“The initial results there are very encouraging, and bearing in mind that the park is not yet at full occupation – which it will be over the holidays,” he said.

Working with its German franchise partner Areas – part of the Elior group – Rocket Restaurants is planning to open “at least 16 outlets” in Germany over the next five years.

Leipzig’s Hauptbahnhof is one of the country’s busiest train stations, and has about 45 million passengers going through it every year.

The company – which owns Eddie Rocket’s, Rocket’s, Flash Harry’s and Counter Burger – is also exploring opportunities further afield such as the Gulf states in the Middle East, said Crean.

It has recently taken on franchise industry executive James Walker – who has worked with Johnny Rockets and Subway – as an advisor.

“We’re working with James now to help map out opportunities at a local level,” said Crean.

“It could go beyond that as well. Obviously Asia is a significant market of scale but it’s that bit further afield,” he added. 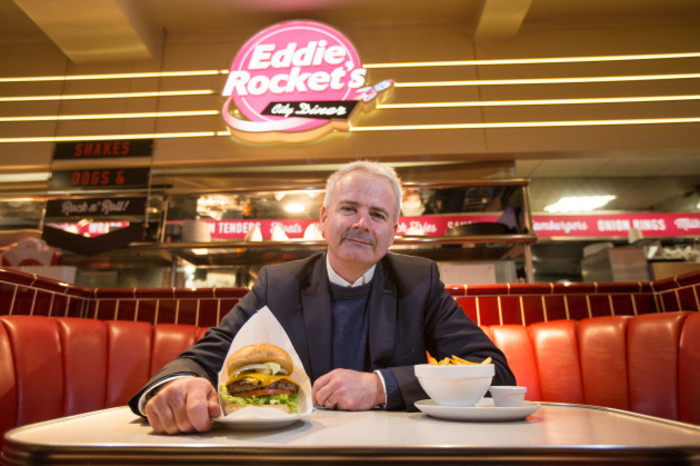 Right now, Rocket’s is the focus of the international expansion.

“We see a lot of opportunity internationally to grow the brands, of which Germany is the start,” said Crean, adding that France, Belgium and the Netherlands are also on the company’s radar.

As he sees it the Rocket’s offering sits somewhere between fast food and table service – a market segment which he said doesn’t have a lot of players in Germany at the moment.

The company is also looking into expansion closer to home.

“We’re very much based in Dublin and the Leinster province but none of our brands are in Cork, Galway or Limerick which are obvious opportunities to grow domestically as well.”

It’s hard to put a number on the company’s expansion plans at this stage, said Crean.

“If you were to say to me in five years time could we be double the size that we are now I would say yes, that is possible through both domestic and international growth,” he said.

For now, there are no new restaurants planned for Ireland in the next year or so, but the company is still trying to identify what the key growth areas would be for each city.

In the immediate term, Crean said the group will be pushing “quite a bit on the delivery side of things”, and has recently partnered with Just Eat, Deliveroo and UberEats.

“We’re seeing double-digit growth in it across our brands. If I was to add up all our delivery sales and put it into one restaurant it would be our busiest restaurant in the country.”