DUNNES STORES IS fighting a council decision to place a large site it owns in south Dublin on the vacant sites register, which would leave it liable for thousands of euro each year in extra levies.

The retailer lodged an objection with An Bord Pleanála in a bid to prevent its site in Cornelscourt, near the N11, from being added to the land-hoarding list.

The vacant site register was introduced at the beginning of last year in an attempt to prevent property owners from sitting on land that could be potentially developed for housing.

Owners of properties added to the vacant sites register can be hit with levies of up to 3% of the market value of the site. This figure is due to rise to 7% from next year.

When a site is added to the register, the owner has 28 days to appeal the inclusion of their property on the list. If the council decides to uphold its own decision, the ruling can be appealed to An Bord Pleanála.

According to the national planning authority, Dunnes Stores’ lodged an appeal against the addition the property to the registry last week.

The site currently contains a small car park but it is predominantly grassland. Last summer, a company connected to Dunnes Stores applied for planning permission to retain the use of the 5,000 sq m site as a car park and resurface parts of the land. 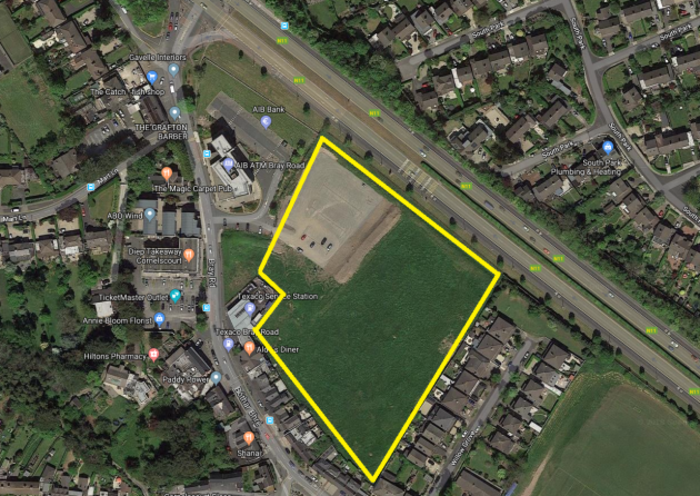 It said the parking facilities are needed for retail and construction staff during ongoing improvement works at the Cornelscourt Shopping Centre, where it has an outlet.

Permission was granted by Dun Laoghaire-Rathdown council for retention, however on 14 February the site was added to the vacant sites list by the local authority. The council hasn’t specified the market value of the site on its publicly available register.

Neither Dunnes nor the council had responded to a request for comment at the time of publication.

Previous analysis by Fora has shown that several of Ireland’s biggest development firms are trying to keep their land off numerous vacant sites registers nationwide.

Some 39 cases have been appealed to the national planning body since the start of 2017, with the majority of these cases relating to sites in the capital.