A PLAN TO develop a big hotel near Dublin Airport has been blocked by the national planning authority.

Carra Shore (Dublin), a company headed up by Ireland-based businessman Jalaluddin Kajani, was previously given permission by Fingal County Council to construct a 427-room development in Clonshaugh, a five-minute drive from the airport.

However, An Bord Pleanála has overturned the decision after receiving complaints from local residents who claimed the project would cause increased traffic in the area, loss of privacy and security concerns.

The planning board refused permission for the part 10-storey, part seven-storey building because the proposed site was located in an area earmarked for “high technology-type employment” as part of the Fingal County Development Plan 2017-2023.

A previous county development plan, which expired this year, allowed for a hotel in the location, but this objective was not continued in the new six-year plan.

“Hotel uses are not permitted in principle within this zone but are encouraged under other land use zoning objectives of the development plan,” board member Philip Jones said in his ruling.

“Furthermore, the site is located in an isolated area that does not have the benefit of high capacity public transport.”

As a result, the planning board ruled that the hotel would not fit in with the zoning objectives set out in the 2017-2023 scheme. 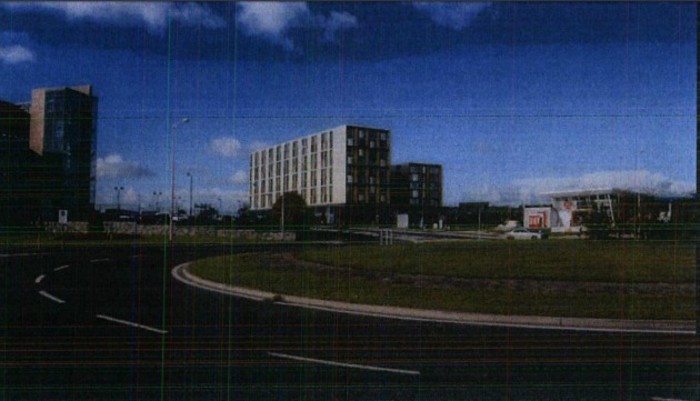 Carra Shore’s planned hotel would have been one of the largest in Ireland, although not as big as the nearby 467-room Clayton Dublin Airport hotel, which is currently constructing a 141-room extension.

The planned development would have been made up of 317 bedrooms and 110 suites. It would have also included leisure facilities, conference rooms, a restaurant/café and a 440-vehicle car park.

The hotel company promised to supply a free shuttle bus service from the hotel to the airport and Clongriffin railway station.

An Bord Pleanála’s ruling has come at a time when Dublin’s hotel sector is experiencing a shortage of rooms to match increased demand.

A Fáilte Ireland report published earlier this year found that the lack of available hotel rooms in Dublin has stifled growth in the capital’s tourism sector.

It found that on average, hotels in the city centre and near Dublin Airport were 90% full on Tuesday, Wednesday, Thursday and Saturday nights from January to September of last year.

According to documents filed with the companies registrations office, businessman Jalaluddin Kajani owns a quarter of Carra Shore (Dublin), which was set up last year. Other members of the Kajani family own the remaining 75% stake.

His family is behind a number of hotel projects around the country, including a proposed eight-storey development at a long-vacant building that was labelled the ‘scourge’ of Dublin’s north side.

In December 2012, Kajani made headlines when he managed to secure an injunction to prevent the Irish Bank Resolution Corporation, formerly Anglo Irish Bank, and other receivers from selling any of his assets in order to pay off a €21 million debt.