A TRUST LINKED to one of Ireland’s richest men, billionaire financier Dermot Desmond, has secured planning permission to construct a palatial mansion on Shrewsbury Road in south Dublin.

In getting the go-ahead for the ambitious mansion plan, Desmond has also been given the green light to demolish the existing house at Walford – the most expensive house ever sold in the state, which traded hands for €58 million in 2005.

Previous attempts to knock down Walford – built in 1902 – have failed with the planners, but the all-clear has been given to Desmond’s Isle of Man-registered Celtic Trustees Limited, which lists his children as the beneficiaries.

The Desmond-linked company paid €14.25 million for Walford in December 2016. Desmond later sued over the alleged leaking of confidential information about his purchase of the house from a firm connected to bankrupt developer Sean Dunne.

Its approved plan for the house – three-times larger than the house to be demolished – includes four large en-suite bedrooms all with walk-in wardrobes. The three bedrooms to the rear will have balconies that overlook the garden.

The size of the sprawling Walford site, at 1.77 acres, is the property’s most valuable feature. There is an open field to the rear of the run-down house.

The planning application also comprises of a basement that includes a subterranean swimming pool, gym, cellar, games room and staff bedroom, which looks out onto a sunken courtyard. 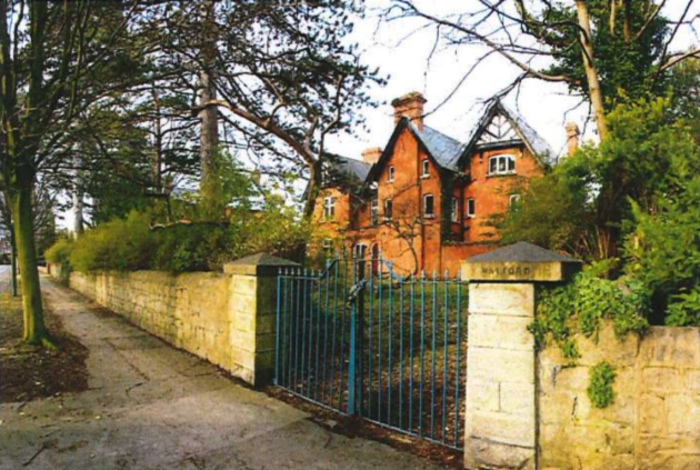 Planning documents said: “In the interests of transparency, we can confirm that the dwelling is intended for use as the private dwelling of Dermot Desmond.”

The planning application contains a series of internal photos of the “trophy property” at Walford showing the extent to which the house has fallen into disrepair over the years.

The city council planning report into the case recommended that planning be granted after its planner visited the site and said that she agreed with the applicant that the existing house “does not have significant features which would require its retention”.

On the replacement house, the planner stated: “While the scale of the new property is significantly larger, it is designed so that it is suitable to its setting. The site will be vastly improved with the proposed landscaping scheme and with the re-development of the site.”

The planning report added that “the demolition of the current property in this specific instance is considered to be acceptable”.

There were no objections lodged against the plan. The only third-party submission was a letter of support from neighbour, Moya Coulson, wife of financier Paul Coulson who also features prominently on Irish ‘rich lists’.

In her submission, Coulson offered her support to the plan and told planners that Walford “has remained unoccupied and in a state of near dereliction for almost 15 years presenting a very poor image to the road”.

Coulson said that the current house “is a building of dubious quality and certainly is not any architectural merit” and the Desmond plan as the new house “will be an enhancement to Shrewsbury Road”. 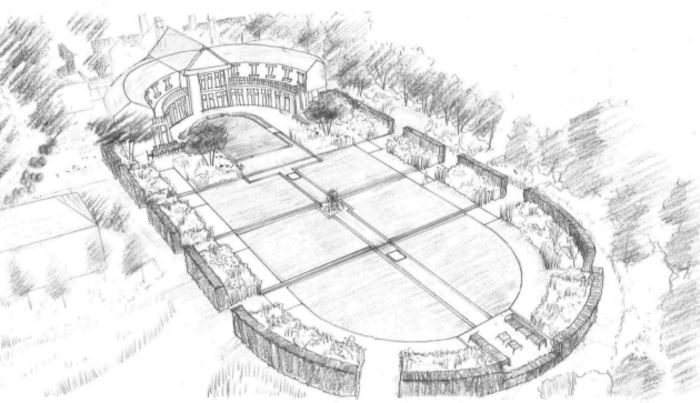 A sketch of the new back garden
Source: Dublin City Council

The go-ahead for the demolition of Walford and the development of the mansion marks the end of a 13-year long saga, which began in July 2005 when Walford was sold for €58 million to a mystery buyer.

The identity of the purchaser remained shrouded in secrecy but it was reported to be Dunne. It was later claimed by his wife and former newspaper columnist Gayle Killilea that ownership of the house had been transferred to her in 2005.

The property was later transferred to a Cypriot company, Yesreb Holdings, before being sold to the Desmond trust in December 2016.