EMBATTLED COMMUNICATIONS MINISTER Denis Naughten has announced he is to resign his position as the government weighs the final bid for Ireland’s national broadband network.

Speaking in the Dáil this afternoon, Naughten said he had a meeting with the Taoiseach last night during which Varadkar asked him to reflect on his position.

Naughten said he was left in a difficult position as neither the government nor the opposition had called for him to step aside.

Naughten has been in the spotlight following revelations about a dinner he had with the head of the only bidder still in the running to build the National Broadband Plan, which is due to deliver high-speed internet to more than 500,000 premises in rural Ireland.

The departing minister admitted to attending a dinner with David McCourt – head of Granahan McCourt, the US investment firm leading the broadband bidding – in New York in July.

Yesterday it also emerged that the minister facilitated a lunch in the Dáil for McCourt’s daughter in April.

Naughten said he had offered to pass over the tender process to his junior minister, or to another line cabinet minister, but this offer was refused.

However Varadkar later told the Dáil that Naughten had yesterday admitted to having another private dinner with McCourt at the businessman’s home last year.

At a subsequent meeting with the Taoiseach, held this morning, the outgoing communications minister said he had since remembered having at least three more, private dinners with McCourt, the Taoiseach added.

No minutes were taken for the meetings. 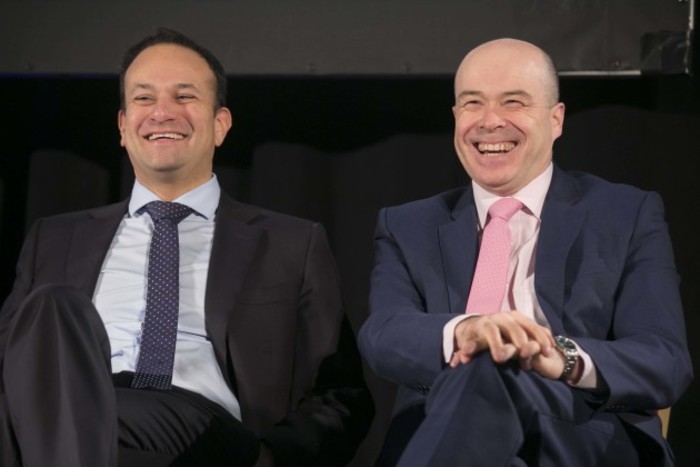 The bidding process for the National Broadband Plan, which was first announced in 2012, has looked increasingly shaky after the withdrawal of several high-profile industry players.

Eir pulled out the tender competition in January, citing “significant commercial issues” and “growing uncertainty” around regulations attached to the projects as the reasons for its decision.

Meanwhile, the Vodafone and ESB joint venture Siro walked away from the process last year.

The remaining bid was previously led by State-backed broadband supplier Enet, which was formerly majority-owned by McCourt, however it has since been downgraded to contractor status in the Granaham McCourt-led consortium.

The consortium also includes billionaire Denis O’Brien’s Actavo, Nokia and other firms likely to be involved in the project’s delivery.

While no pricetag has been attached to the National Broadband Plan, it has been estimated that the entire network could cost €1 billion to build.

Note: This article has been updated to include further comments from Leo Varadkar.