PATRICK O’SULLIVAN, A minority shareholder in Conroy Gold and Natural Resources, has failed to secure a High Court declaration that he and two of his nominees had wrongly been blocked by the company’s chairman from being elected board directors.

Justice Max Barrett told O’Sullivan that he had failed, in seeking election at an extraordinary general meeting (EGM), to comply with the particular notification requirements in the company’s articles of association.

O’Sullivan of Howth Road, Dublin – who bought shares in the company eight years ago and now holds a 28% stake – was told by Judge Barrett that a commercially sophisticated, legally advised shareholder such as himself could properly be taken to be familiar with the rules of the company.

The court, in a reserved judgment, declined to comment or take any view on the veracity or otherwise of “some quite scathing” perceptions or criticisms that had been made by O’Sullivan with regard to the governance of the company.

Judge Barrett said O’Sullivan, having failed to comply with the rules of prior notification, had asked the court to accept there had been “practical and substantive” compliance, but there was no such thing.

“The notification requirements are simple and clearly worded and there is good reason why they exist and fall to be satisfied and they were not satisfied,” the judge said.

Refusing all of the reliefs sought by O’Sullivan, Judge Barrett also held that there was no obligation on Conroy Gold to remind O’Sullivan of the notification obligations incumbent upon him.

O’Sullivan had presented nine resolutions to an EGM last month at which six directors were removed from the board. In three other resolutions, he had proposed their replacement be himself and two others, Paul Johnson and Gervaise Heddle. 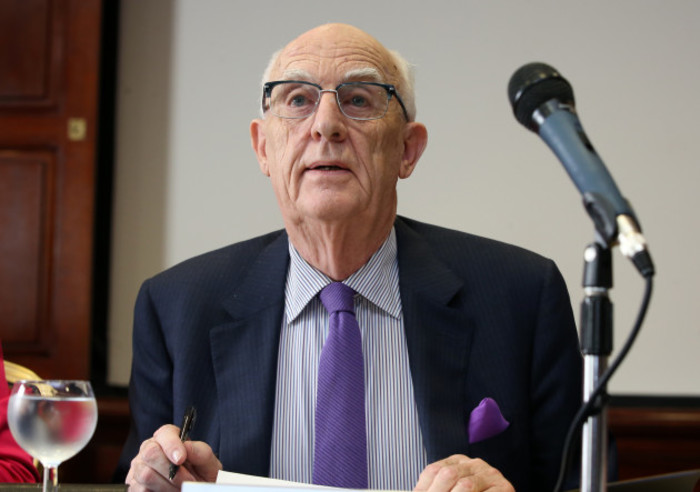 Following the removal of six of the directors, it was O’Sullivan’s case that the chairman, Richard Conroy, had declared the resolutions nominating himself and his two nominees to the board as invalid and abruptly called an end to the EGM.

O’Sullivan claimed Conroy was not entitled to deem the resolutions invalid and alleged the chairman had conducted the meeting in a fashion oppressive to O’Sullivan’s interests.

Brian O’Moore SC, who appeared with barrister John Lavell and solicitors William Fry for Conroy Gold, had told Judge Barrett that the company considered the appointments to be invalid in that no prior notification had been provided.

Lavell asked the judge to adjourn the matter into the new law term for the consideration of costs which were being sought by the company.