IRELAND DOES NOT really have a major housing issue and its supply problems are “completely normal”, according to the chair of a major state housing body.

Conor Skehan also said that Irish people tend to be too inward-looking, which has led some people to overstate the severity of the country’s housing problems.

“Our housing crisis is completely normal. Every country in Europe has equivalent issues in terms of affordability, in terms of homelessness,” he said.

“One of the tragedies of living on an island is that we are people who indulge in insular thinking.”

Skehan is the chair of the Housing Agency, the government body set up in 2010 to advise on policy for housing.

Speaking at the Urban Land Institute conference in Dublin today, he also said that Ireland is on the verge of sowing the seeds for the next property crash.

“I shocked myself recently by looking at the homelessness ratio of all the other countries in the EU, and was surprised to discover that Ireland’s ratio of homeless people per head of population is one of the lowest in Europe,” he said.

“We forget that at our peril because it causes us to move away from things we succeed at doing so well, such as creating a country that has managed to survive one of the most extraordinary economic declines that has been experienced by any Western (nation).”

It has been estimated that new housing supply won’t meet demand until at least 2020, with fast-rising rents and property prices identified as the a chief concern for workers, particularly in Dublin.

“The first two years are stopping to work out has the actual building finished collapsing around us, and then there’s a classic three-year period after that where people assemble sites and finance and get permissions and start things going.” 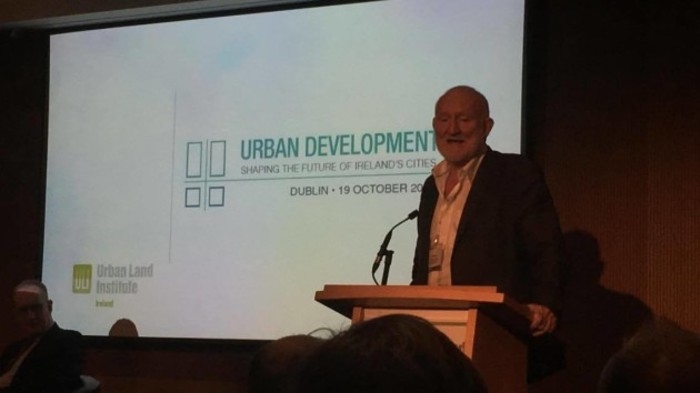 Ireland is four and a half years through this five-year cycle, according to Skehan. He said that this is a critical point.

“Year four and a half is always characterised by the sense that there will never be any more houses,” he said.

“The thing that causes over supply begins right now. The financial incentives, loosening of credit terms, expansion of planning capacity, happens right now at year four and a half.”

He added: “What we’re trying to say to the government and any minister we can lay our hands on is enough of the initiatives, just let us get on with the recovery in an orderly way.

“All of the seeds of that are in place and we are going to see dramatically more houses finished in the next 12 months.”