IRISH MMA STAR Conor McGregor has revealed that Proper No. Twelve will be the official name of his new whiskey brand, which will be initially launched in Ireland and the US.

The announcement was made by Eire Born Spirits, which was founded by McGregor and lists the mixed martial arts fighter as its chairman.

The firm said that the new Irish whiskey brand would be initially launched in Ireland and the US ahead of a wider international release next year.

McGregor’s firm claimed it has cooked up the idea under the project name ‘Notorious’ for years and the process “became a longer and more complicated project than originally expected”.

It said the fighter collaborated with former Guinness ‘master distiller’ David Elder as part of the development process.

McGregor said the name for his whiskey brand was inspired by his home in Crumlin, a suburb in the Irish capital and in the Dublin 12 area. 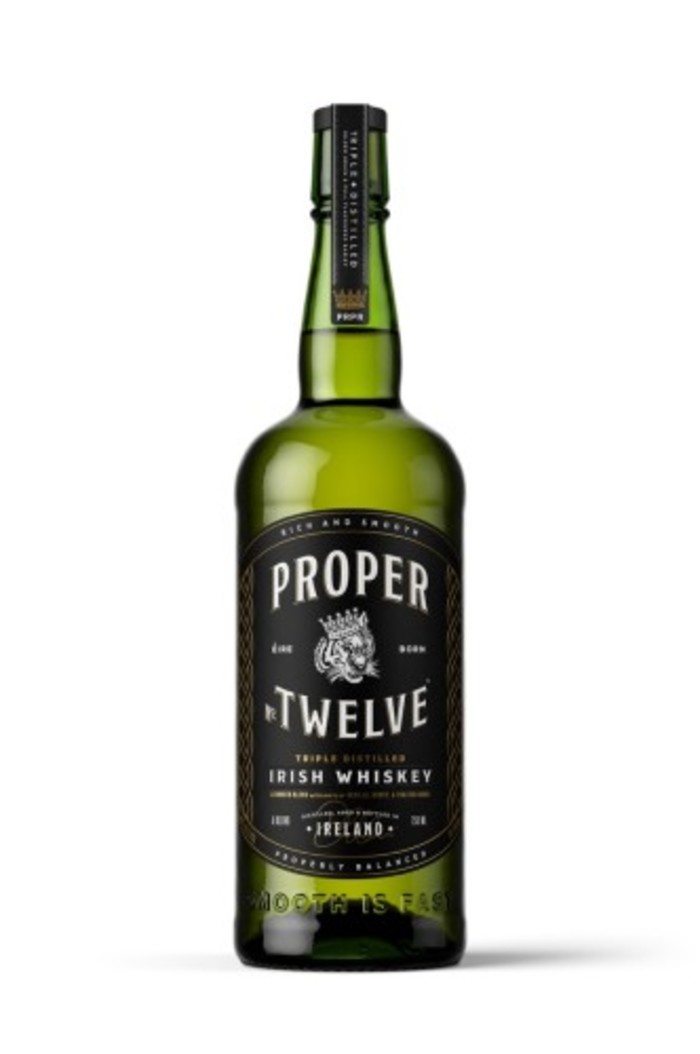 A statement released by Eire Born Spirits, which is majority owned by McGregor, claimed that “numerous” Irish whiskey makers sought endorsement from the MMA star in recent years.

“But as a true born and bred Irishman, he did not want to simply endorse an Irish whiskey. Inspired by his pride for Ireland and his love of Irish whiskey, McGregor wanted to create his own.”

Last week, McGregor withdrew an application to register his ‘Notorious’ moniker as a trademark for selling whiskey and other alcoholic drinks across Europe.

His company, McGregor Sports and Entertainment Limited, filed the application last year and the fighter boasted after his boxing match with Floyd Mayweather that the Notorious brand of Irish whiskey would be “coming soon”.

However, the application at the European Union Intellectual Property Office in Spain faced opposition from the founder of the Carlow Brewing Company, Seamus O’Hara.

The businessman, whose firm is behind the O’Hara’s craft beer brand, had already registered the Notorious brand for selling alcohol in 2016.

Representatives for O’Hara told the EU body that the identical nature of the trademark was “expressing prohibited by trademark law” and the two brands “cannot coexist peacefully in the market”.

With reporting by Gordon Deegan