COCA-COLA HAS BEEN ordered to pay a “winding down” fee to workers who will lose their jobs when the soft drinks giant closes its Kildare factory.

In May, it was announced that Coca-Cola will close the plant in Athy after nearly two decades and move production to a facility in Ballina in Co Mayo between now and December 2019.

As part of the move, a total of 82 people will lose their jobs, while 43 others were offered transfers to the Ballina factory.

There was a dispute between Coca-Cola and trade union Siptu over the redundancy package offered and the terms of employment for staff invited to move to the other side of the country.

The disagreement was referred to the Labour Court last month.

Siptu had requested that Coca-Cola provide a similar redundancy package as the one awarded to workers in 2007 following the closure of a Drogheda plant, which resulted in the loss of approximately 250 jobs.

At the time Coca-Cola also agreed to pay an additional one week’s pay per year of service or a €10,000 lump sum, depending on which was greater. 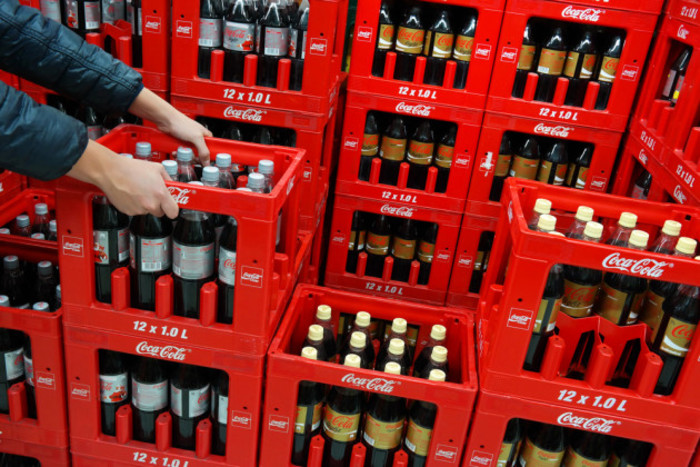 In its submission to the Labour Court last month, Siptu had requested that the company provide a larger winding-down payment of €15,000 to the Kildare workers.

Coca-Cola told the Labour Court that the redundancy package it had offered to the Athy staff – six weeks pay per year of service in addition to the statutory redundancy entitlement – was “at the top end of what is currently available in the market”.

It said that it was not in a position to increase its offer “due to structural changes in global business”.

In its non-binding recommendation to the two parties, the Labour Court noted that the 2007 agreement “reflected the circumstances of that time both within the business and in the economy generally”.

It recommended that Coca-Cola award the group of sacked employees six weeks pay per year of service in addition to redundancy entitlements and a minimum payment of €10,000 each “in return for the orderly wind-down of the Athy plant”.

Each employee has also been awarded an educational grant of €2,500.

The Labour Court sided with Siptu in relation to the terms and conditions of employment for the workers who move to Ballina, awarding each worker a three-month “cooling-off period” so they may consider redundancy instead of migrating to Mayo.

Fora has contacted Coca-Cola for comment. A Siptu organiser said the union is consulting its members on the Labour Court’s recommendation.

Together with its bottling and distribution offshoot, Coca-Cola Hellenic Bottling Company, the Coca-Cola group still employs approximately 1,600 people in Ireland.

The bottling arm reported a profit of €9.85 million in 2016, according to its most recent accounts, an increase on the €6.2 million figure it recorded the previous year.

Its manufacturing division and other Irish wings use an unlimited company structure, which means they do not have to file publicly accessible accounts.

Note: This article was amended to include an update from Siptu.