GANNON PROPERTIES, ONE of the country’s best-known development companies, has just been cleared to build a 16-storey residential tower block in north Dublin.

The company has received permission from An Bord Pleanála to develop a tower containing 139 apartments at Station Square in Clongriffin.

The block will consist of 14 three-bed, 97 two-bed, and 28 one-bed apartments, as well as 139 car parking spaces, meeting rooms, a gym, a cycle park and five retail units.

Gannon Properties is one of the companies founded by Gerry Gannon, who became one of Ireland’s best-known developers during the Celtic Tiger.

Gannon has been trying to progress several schemes at Clongriffin over the past few years, however the project at Station Square has faced considerable opposition.

While it was granted planning permission by Dublin City Council, this was appealed by several locals and businesses in the area.

Consultants acting on behalf of multiple companies that manage properties in the area have tried to get the council’s decision overturned.

They said that the 16-storey tower would have a negative impact on the amenities of residents living in their properties. 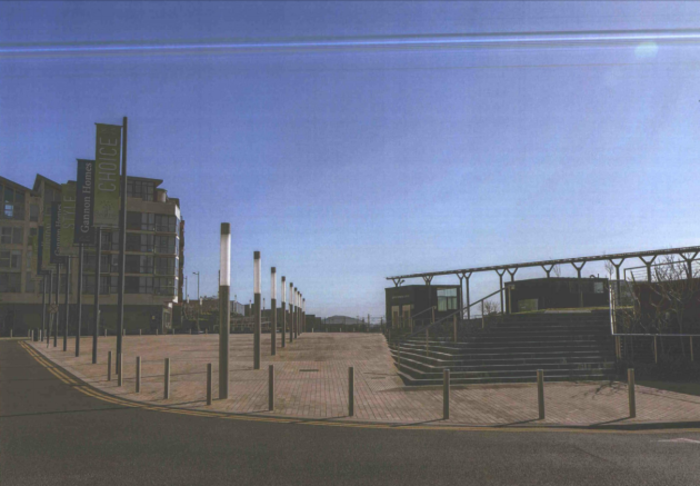 The proposed site for the block
Source: Dublin City Council

If the proposed development was revised down to 10 storeys in height, “the concerns of our clients, particularly in relation to residential amenity and devaluation of residential property prices, would be partially satisfied,” they said.

A local residents group also objected, saying that new projects should keep in line with existing developments rather than “towering over them”. Many of the buildings in the area are about six storeys high.

However, the planning board sided with Gannon Properties and ordered that the development should be allowed to proceed largely unchanged.

In its decision, An Bord Pleanála said that the proposed development “would not seriously injure the visual or residential amenities” of nearby houses, and added that it was in keeping with the local area plan.

The development will be a significant one for Clongriffin. While it was planned that thousands of houses would be built during the boom, much of the work stalled during the recession.

It is also a major project for Gannon, who has become active again following the recession. His main company, Gannon Homes, recently warned that it may never be able to repay its €120 million debt.